Pan Gongsheng: Foreign Investors Still Have a Lot of Room to Tap Into China’s Financial Markets 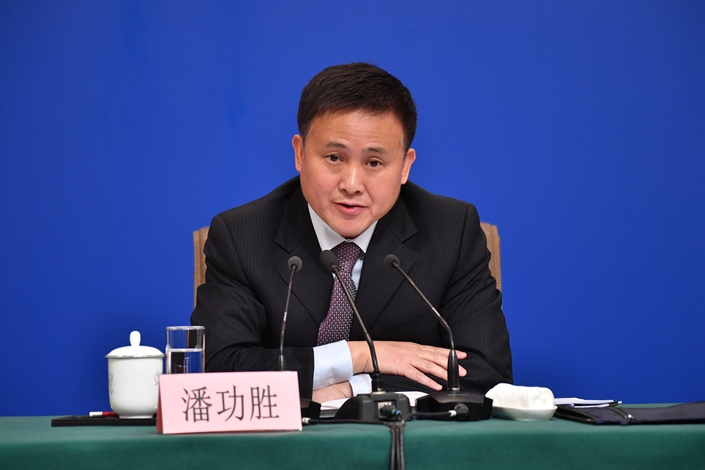 Pan Gongsheng is a deputy governor of China's central bank.

There is tremendous room for more foreign investment in China’s financial markets as it still accounts for a relatively small proportion of the total, especially when compared with those in some major economies.

At the end of September, overseas investors made up only 2.3% of total investment in China’s bond market, and just 3.3% of overall investment in its stock market.

However, overseas investors’ holdings of Chinese bonds and stocks have both grown rapidly lately. From the beginning of this year to the end of September, their Chinese debt holdings jumped 22% to 2.2 trillion yuan ($312.7 billion), and their stockpile of Chinese shares climbed 54% to 1.8 trillion yuan.

China’s bond market is particularly attractive to global investors. While the value of negative-yielding bonds across the globe has reached $17 trillion amid current monetary easing in many countries, China’s 10-year sovereign bond yield has long remained above 3% and most of its corporate bond yields have generally been above 4%.

In recent years, China has accelerated the opening of its financial sector. The People’s Bank of China has rolled out a slew of measures in this regard, including improving policy transparency and simplifying the process for overseas investors to enter the country’s financial markets.

The central bank has also scrapped investment quota limits for the Qualified Foreign Institutional Investor program and its sibling, the RMB Qualified Foreign Institutional Investor program — widely known as QFII and RQFII. In addition, the bank has since October provided foreign investors more convenience by allowing them to transfer bonds and funds between their accounts in two cross-border investment channels — the QFII and RQFII channel, and the direct investment channel in the interbank bond market.

Besides, the monetary authority has further opened up the onshore derivatives market to meet the need of overseas investors to hedge against foreign exchange risks. It has also allowed foreign credit ratings agencies to set up wholly owned subsidiaries on the Chinese mainland that can independently assess Chinese onshore bonds.

Over the past few years, China’s domestic financial markets have also developed rapidly. The country is now home to the world’s second-largest bond market and stock market. At the end of March, outstanding debt securities in China reached $13.7 trillion, ranking second after the U.S., according to data from the Bank for International Settlements. At the end of October, the Chinese stock market’s total market capitalization stood at around $7 trillion, also the second biggest in the world, according to data compiled by Bloomberg.

Currently, multiple major global indexes have added Chinese bonds and equities, indicating international investors’ confidence in China’s economic development as well as their recognition that the country’s financial markets are opening up.

Pan Gongsheng is a deputy governor of the People’s Bank of China and administrator of the State Administration of Foreign Exchange.

This commentary, based on excerpts from the author’s written speech to a forum in Tokyo dedicated to financial cooperation between China and Japan, has been edited for length and clarity. The original article (link in Chinese) was published in Caixin on Saturday.