Opinion: Negotiating While the World Burns 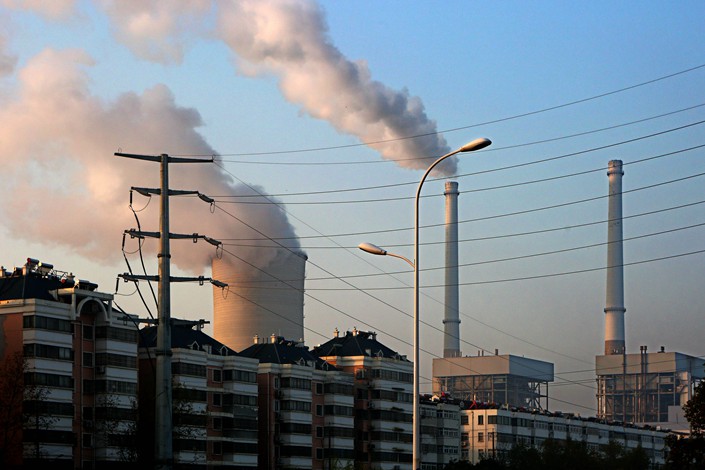 The 2010s may be remembered as the decade when the fight against harmful climate change was lost. In 2015, at the COP21 climate conference in Paris, 196 countries agreed to limit global warming to well below 2 degrees Celsius above pre-industrial levels. But global greenhouse-gas (GHG) emissions have continued to increase, atmospheric concentrations of carbon dioxide are at their highest levels in 800,000 years, and current policies will likely result in warming of about 3 degrees Celsius by 2100. Moreover, the recent COP25 negotiations in Madrid ended in failure, with governments squabbling over the value and allocation of “carbon credits” held over from a discredited previous policy regime.

At the same time, however, stunning technological progress during the 2010s makes it possible to cut GHG emissions at a cost far lower than we dared hope a decade ago. The costs of solar and wind power have fallen more than 80% and 70%, respectively, while lithium-ion battery costs are down from $1,000 per kilowatt-hour in 2010 to $160 per kilowatt-hour today. These and other breakthroughs guarantee that energy systems which are as much as 85% dependent on variable renewables could produce zero-carbon electricity at costs that are fully competitive with those of fossil-fuel-based systems.

In addition, it is now clear that even the “harder-to-abate” sectors of the economy, such as heavy industry (including steel, cement, and chemicals) and long-distance transport (shipping, aviation, and trucking), can be decarbonized at costs which, although significant for any one company acting alone, are trivial in terms of the impact on people’s living standards.

In May, the United Kingdom’s Committee on Climate Change estimated that achieving a zero-carbon U.K. economy by 2050 would reduce GDP that year by no more than 1% to 2%. Back in 2008, the same committee, which I then chaired, had estimated a similar cost to achieve only an 80% reduction in emissions.

Lower decarbonization costs and growing awareness of climate risks have in turn prompted an increasing focus on the possibility and necessity of meeting the zero-emissions goal by 2050. In July, the U.K. made a legally binding commitment to meet that objective, and the European Union agreed on the same goal earlier this month. Furthermore, Maersk, the world’s largest container-shipping firm, the Swedish steel producer SSAB, and the Indian cement company Dalmia are among the growing number of leading businesses committed to being zero-carbon by 2050 or earlier.

To achieve the Paris agreement’s climate objective, all developed economies must become zero-carbon by around mid-century, and could do so at a minimal cost to living standards. And such efforts also must include China.

Today, China seeks to negotiate at climate-change conferences as a “developing country” in view of its current GDP per capita (in purchasing-power-parity terms) of about $18,000, or around 40% of the EU average. But the government’s stated ambition is for China to become “a fully developed rich economy” by 2050, with a higher GDP per capita than any European country today. And given the quality of China’s workforce, infrastructure, and management, and its increasing technological leadership in many sectors, that objective is entirely achievable.

How rapidly China reduces emissions is therefore crucial. The country currently accounts for almost 30% of global CO2 emissions, and its per capita emissions are due to overtake Europe’s declining figure within a few years. So, if China does not dramatically cut emissions by 2050, whether Europe reduces them by 80% or 100% will have minimal impact on the rate of global warming.

China should aim to be not only a fully developed economy by 2050, but also a zero-carbon one. Achieving this will of course require huge investments. The electricity production required to support rising living standards in China, and to achieve widespread electrification of transport, residential heating, and industry, could increase from 6,700 terawatt-hours today to 14,000 to 15,000 terawatt-hours by 2050. That implies a tripling of annual wind and solar investment in order to increase renewable capacity to almost 5,000 gigawatts by 2050, together with 230 gigawatts of nuclear.

But as a recent Energy Transitions Commission report points out, even this enormous capacity increase, along with additional investment in energy transmission, distribution, and storage, would require an overall increase in Chinese investment of less than 1% of GDP — and this in a country that saves and invests over 40% of it. Moreover, the total impact on China’s GDP in 2050, and thus on consumer living standards, would be a similarly low 1% — and potentially far less, because the zero-carbon commitment would stimulate technological progress and improve productivity.

Following the failure in Madrid, attention will now focus on prospects for the COP26 conference in Glasgow next year. That gathering, too, could get bogged down in fruitless disputes as climate diplomats argue over minor tradeoffs in supposed “burden-sharing.” Instead, governments should concentrate on the huge potential benefits of building a zero-carbon global economy.

Developed economies, plus rapidly developing China, should therefore unilaterally commit to achieving zero emissions by 2050, confident that the cost to their economies will be very small. Emerging economies should commit to meeting the same target a decade later, confident that the technological progress involved in reducing emissions in developed countries will reduce the costs of decarbonization over time.

In addition, both developed and developing countries should focus on the globally important question that the International Energy Agency highlighted in its latest World Energy Outlook: how to unleash massive investment in renewable electricity in low-income economies. That applies particularly to Africa, a continent with the world’s best solar resources but currently less than 1% of its solar photovoltaic capacity.

If next year’s COP26 can successfully address these big opportunities and challenges, the 2020s might be the decade in which we start winning the climate-change battle.

Adair Turner, chair of the Energy Transitions Commission, was chair of the U.K. Financial Services Authority from 2008 to 2012. His latest book is “Between Debt and the Devil.”