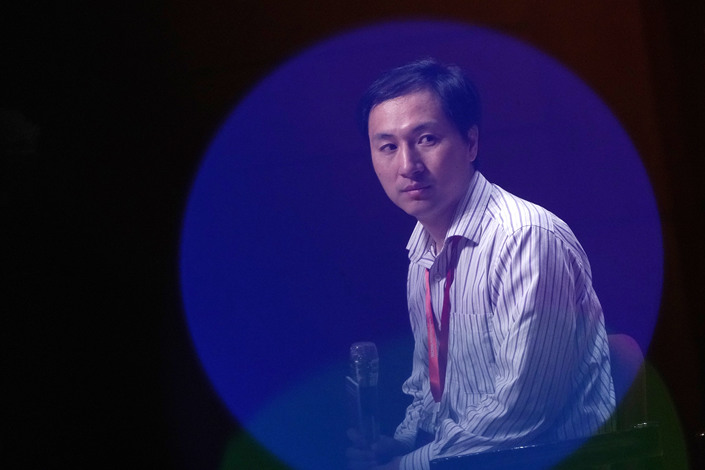 The Chinese scientist who created the world’s first genetically altered babies has been sentenced to three years in prison and a lifelong ban from working in reproductive technology, state media reported on Monday.

He Jiankui, a Shenzhen researcher who drew widespread condemnation when he revealed his experiment last year, will also have to pay a 3 million yuan ($430,000) fine, said a report from Xinhua News Agency, citing the verdict of a court in the southern Chinese city.

The Xinhua report said that in He’s experiment, for which he recruited couples with HIV who did not want to pass the disease to their offspring, two women became pregnant and three gene-edited babies were born. The trial proceedings were not made public to protect the identities of the children and their parents, said Xinhua.