Opinion: The Path Ahead for China’s Coal Power Industry 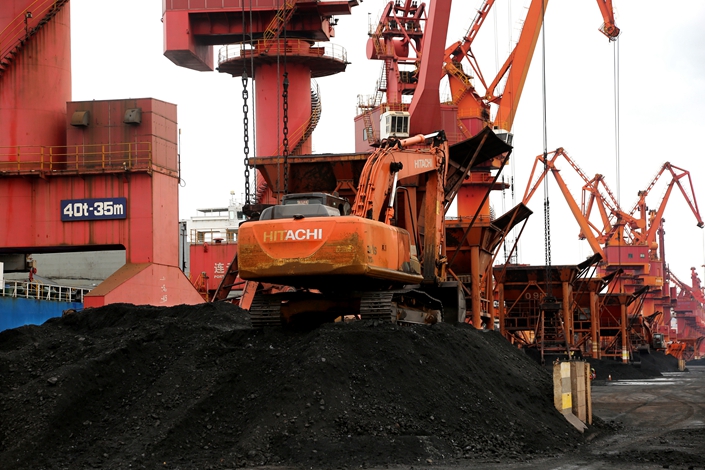 The energy revolution and transition are profoundly shifting the trajectory of China’s power industry. During the power system transition, coal power’s role has become the focus of industry discussion.

Presently, around 50% of China’s coal power companies are losing money, with high debt ratios and tight capital chains. Some companies even face the risk of closure or bankruptcy. Taking China’s five government-owned utilities (i.e., Huaneng, Datang, Huadian, State Power Investment Corp. and the China Energy Group) as an example, in 2018, more than 43% of their thermal power (mainly coal) businesses were suffering losses. There are three reasons for these losses.

Third, global climate risks have increased sharply and phasing out coal has become a global trend. Presently, a number of countries and regions, including Germany, the United Kingdom, the Netherlands, and South Chungcheong province in South Korea have set forth coal phase-out timetables. In addition, over 100 global financial institutions, including the World Bank and the Asian Infrastructure Investment Bank, have issued policies and statements to withdraw or restrict future investment in coal and coal power in order to minimize the risk of massive stranded assets.

According to the forecasts of many Chinese research institutions, the electricity demand growth rate in China during the 14th Five-Year Plan period (2021 to 2025) is likely to further decline to about 4%. Considering that China’s annual newly added non-coal, clean power generation capacity and demand-side resources can meet annual electricity demand growth of 3% to 4% and 0.5% respectively, China can meet its increasing electricity demand without having to build new coal power capacity during the 14th Five-Year Plan. Even some existing coal power is expected to be replaced by renewables and demand-side resources.

Taking the above factors into consideration, the following recommendations should be implemented during the 14th Five-Year Plan period in order to alleviate the economic difficulties of coal power and to achieve a low-carbon transformation of the power system.

China should continuously deepen supply-side structural reform of the coal power sector to improve its operating environment. Coal-fired generation units of 300 megawatts and below that do not meet environmental protection, energy consumption, safety, technological and other regulatory standards and requirements should be forcibly shut down. China should also actively shut down old and small generation units that are beyond their service lifetime, have no hope of making profits, and have no resources to retrofit to meet environmental protection and safety standards.

China should accelerate the retrofitting of coal-fired power units to shift the role of coal power from main power generation provider to flexibility and service provider. During the 14th Five-Year Plan period, electricity consumption in the tertiary and residential sector will maintain a faster electricity demand growth rate than the secondary sector, causing demand side peak load characteristics to become even more notable. At the same time, greater grid integration of renewable energy will require the power system to have more adjustable power sources. Thus, both supply-side and demand-side will place higher requirements on the flexibility of the power system in the future. Considering factors such as economic and resource constraints, it will be difficult for gas power and pumped hydro to fully meet grid requirements, and coal power will have to assume substantial responsibility as a flexible source of power.

China also should deepen power sector reform, safeguard a fair economic return for coal power, and promote the development of renewable energy. While continuing to promote power sector reform and the establishment of a spot market, China should also expand the scope of ancillary service market pilot projects, and improve electricity market trading rules and enhance market regulation, to use market mechanisms to compensate coal power plants for providing ancillary services, ensuring a reasonable return for coal power and increasing its incentives for backing up renewables.

Furthermore, China should implement strict environmental standards for coal power, and promote energy conservation and demand-side management. Although ultra-low emission coal power units can achieve the emissions standards of gas turbines, the actual emissions level of natural gas power plants is still far lower than ultra-low emission coal power plants. Additionally, coal power plants still face problems in dealing with heavy metals such as mercury, wastewater, and waste residue. In addition, coal power, which has nearly twice the amount of CO2 emissions of natural gas power, imposes great negative impacts on climate change. Under the pressures of both environmental protection and climate change mitigation, more stringent environmental standards should continue to be implemented for coal production, transportation, transformation, and utilization. Considering that the duration of peak loads in China exceeding 95% and 90% of the maximum power load is generally less than 24 hours and one week respectively, multiple measures such as electricity pricing policies and incentive mechanisms should be used to help demand-side resources play a larger role in improving the management of electricity load and reducing unnecessary coal power investments.

Based on the above analysis, we believe that, during the 14th Five-Year Plan period, China should strive to limit total coal power capacity to no more than 1,100 to 1,150 gigawatts, and peak coal consumption in the power sector at 1.33 billion tons to 1.35 billion tons of standard coal, in order to avoid the risk of significant stranded assets to the greatest extent possible and to achieve the safe, efficient, and green development of the electricity sector. In the long run, more ambitious actions are needed for China to address climate change, with the country’s coal power capacity falling to 200 to 400 GW, and even eventually being completely replaced by renewable energy.

Yang Fuqiang is a senior adviser at the Natural Resources Defense Council (NRDC).

Wu Di is the NRDC’s communications consultant and Kang Junjie is a senior analyst at the NRDC. The article is adapted from a NRDC report titled “What Direction for China’s Coal Power in the 14th Five-Year Plan?” Read the full analysis here.