China to Give Safety Approval for Domestic Genetically Modified Corn 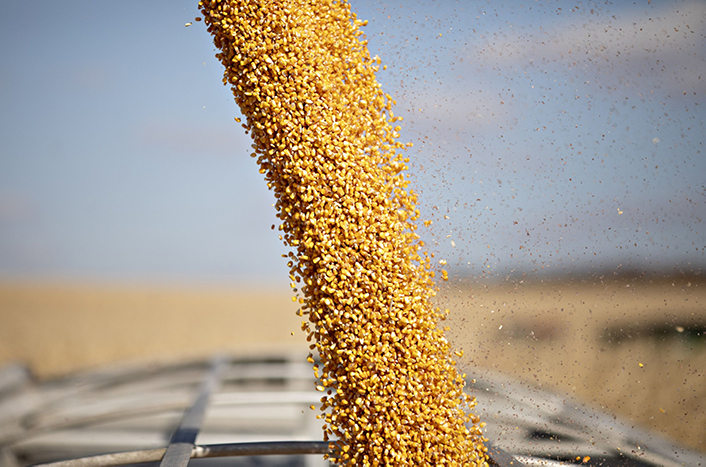 Corn is unloaded from a grain cart during harvest in Buda, Illinois, on Nov. 5. Photographer: Daniel Acker/Bloomberg

(Bloomberg) — China is set to award safety certificates for genetically modified corn for the first time in a decade, paving the way for domestic commercial production.

Two strains of GMO corn, one developed by Beijing Dabeinong Technology Group Co. and another by Zhejiang University together with a biological company in Hangzhou, will likely be given safety certificates. The strains will be suitable for growth in the country’s northern areas, according to the Agriculture Ministry.

In 2009, China gave approval to develop a type of GMO corn known as phytase, which allows animals to better process phosphate, but the country hasn’t put the strain into commercial production. While China is the world’s major producer of GMO cotton, it has not allowed any GMO grains for production yet.

One strain of GMO soybean developed by Shanghai Jiao Tong University, which is suitable for growth in the country’s southern areas is also on the list for potential safety certificates, the ministry said, without providing more details. If produced, this would be the first time it has grown GMO soy locally, though it’s the top importer of the oilseed which is largely genetically modified.