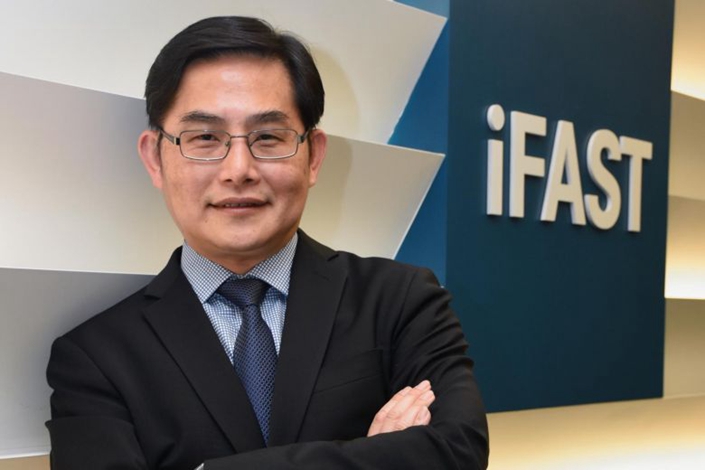 (The Straits Times) — Mainboard-listed fintech firm iFast Corp. leads a consortium with China’s Yillion Group and Hande Group that has submitted in a bid for one of Singapore’s three maiden wholesale bank licenses, it said in a filing with the Singapore Exchange on Dec. 3.

The group joins a list that so far includes Chinese billionaire Jack Ma’s Ant Financial and crowd-investing platform Funding Societies of known applicants for the license to serve as a virtual bank to corporate clients. China’s ByteDance, which owns the popular video-sharing app TikTok, is reported to have applied for a wholesale digital bank license too.

A group led by gaming company Razer and partners Grab and Singtel have put in their bids for one of two digital full bank licenses on offer which allow for retail customers.

Expanding on its partners for its bid, iFast on Friday said Yillion Group operates one of the four digital banks in China and has Hong Kong-listed Meituan Dianping, the third-largest Chinese internet firm based on market capitalization, as one of its key shareholders. Hande Group is a fintech company in China, founded by Cao Tong, the former president of Webank, China’s first digital bank.

Lim Chung Chun, iFast chairman and CEO, said he sees the consortium helping the small and medium-sized enterprises (SME) market that has been underserved by banks.

Lim: “As a platform supporting over 400 companies across five markets, we have seen how digital solutions can provide the impetus to grow their business. We believe that there is currently a big opportunity in Singapore for a new bank to become the ‘bank of choice for SMEs,’ particularly for loans.”

IFast operates a wealth management fintech platform, with assets under administration of $10 billion as at end-December. Singapore Press Holdings (SPH), which publishes The Straits Times, is a key shareholder with a 15.21% stake in the company through its subsidiary SPH Invest as of March 8, 2019.

IFast added that it has a proven track record of building profitable fintech businesses. The group spent $$7.5 million ($5.5 million) between 2000 and 2004 before the Singapore business turned profitable in 2005. It has since made a cumulative profit of more than S$100 million on its Singapore business.

“By tapping on the unique strengths and experiences of each consortium member, we are confident that an iFast-led digital bank will be well-equipped with the technological expertise, digital banking and wealth management capabilities to better address some of the inefficiencies, and assist the underserved market segments in Singapore’s banking industry,” said Lim.

Applications for Singapore’s first digital bank licenses closed on Tuesday with the results to be announced by mid-2020.