Why Australia’s Children’s Book Sales Are Booming in China 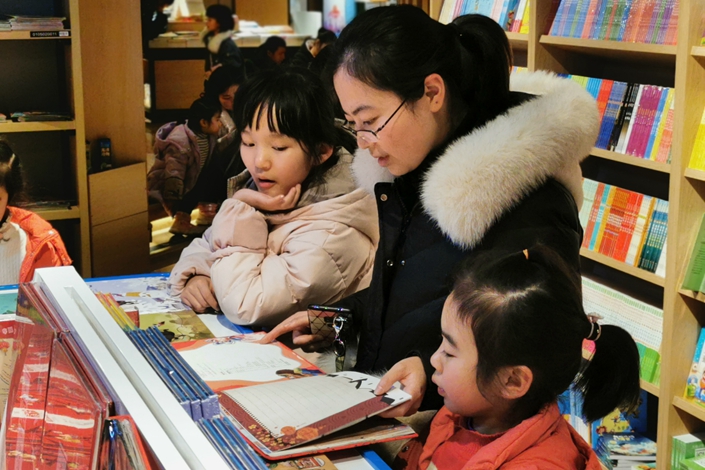 Chinese publishers say the quality of illustrations and design from authors and illustrators in Australia are more developed than in China.

Australian publishers are flocking to China to cash in on booming sales of books for children and young adults in an overall book market that is fast becoming one of the largest in the world.

The end of China's one-child policy and a shift away from more rigid reading habits mean middle-class parents are now seeking out more creative books from foreign authors to entertain and educate their kids.

“Forty to 50% of children's books in China are by foreign authors. While there are more local books being produced, it still has huge potential,” Australia Council for the Arts director of literature Wenona Byrne says.

“If you make it here with 1.4 billion people, you have the potential to sell into the hundreds of thousands. This is important as Australian publishing is really dominated by children's books, about 45% of the market.”

This is potentially big money compared with a market like Australia where a book selling 5,000 to 10,000 copies is a bestseller.

Byrne is speaking on the sidelines of the Shanghai International Children's Book Fair where hundreds of publishers have gathered to tap into the world's fastest-growing book market.

China's 90 billion yuan ($13 billion) book industry releases about 40,000 new children's titles each year. But the market is still relatively new. Chinese consultants Openbook say book sales increased 11.3% in 2018 and the percentage of children's books in the total overall market has tripled since 1999.

The Australia Council took a delegation of publishers to Shanghai in December. It sees children's books as another way to showcase Australian culture and creativity to a Chinese audience, while there are obvious potential financial gains for authors and publishers.

Byrne says tastes in China are changing rapidly and children do not just want books about cute native Australian animals. Quirky titles tackling complex topics such as the environment, science or the treatment of Indigenous Australians are among the best sellers.

“With the loosening of the one-child policy, there is a demand for books on sibling relationships and how to parent two children. There is a growing appreciation of the wider learning benefits of reading. It is not just about reading for educational reasons but to build context, understanding, develop problem-solving skills and empathy,” she says, while handing out Caramello Koalas to local publishers.

“Chinese people are travelling more as well, so there is a widening of scope and a move away from rote learning.”

Australian authors such as Shaun Tan, Bruce Pascoe and Andy Griffiths are particularly popular, while “Heads and Tails: Insects” by Australia's John Canty was the winner at the book fair out of 334 picture books from 32 countries.

“For me as a small publisher, China is our most important market,” says Alexandra Yatomi-Clarke, managing director of Berbay Publishing which publishes Canty's work.

“The Australian market is very small so you need those international sales to make a project viable. North American and Chinese rights are important,” she says. “They have a massive appetite for quality children's literature and it is a very sophisticated market.”

Berbay signed 10 licensing deals in Beijing last year and hopes to exceed that number in China this year.

Chinese publishers say the quality of illustrations and design from authors and illustrators in Australia are more developed than in China, where illustrated children's books only started selling in significant numbers five years ago.

“More and more Chinese parents are buying foreign children’s books. They want their children to be exposed to foreign culture at an early age and make preparation for their possible overseas study in the long run,” says Vivian Zhang, an editor at Beijing Dipper Publishing Co.

“They have an advantage in picture designing, colouring and topics. Chinese young readers found they are more interesting or funny than domestic products.”

One advantage for Australian publishers is the U.S.-China trade war. One publisher says there are restrictions in place on the number of U.S. copyright books allowed to be sold in China. The U.S., Britain and France have traditionally topped foreign children's book sales in China.

Cracking the China market is not without challenges. There are restrictions on the number of foreign titles published each year as the Chinese government moves to encourage more local authors and illustrators. Strict censorship means some topics are off limits.

Byrne says censorship is not a major issue when it comes to children's literature. “We are often asked in China though if there are government restrictions on publishing in Australia ... we say there are none.”

She also sees it as a two-way street with 1.5 million Chinese speakers in Australia eager for more Chinese content. The Australia Council for the Arts has launched a translation fund for publishers in Australia and overseas.

“We have more to offer than iron ore, football and native animals. We have a diverse and rich culture, and this is a great opportunity to learn more about it. Children are readers of the future and we all have a vested interest in cultivating readers of the future,” Byrne says.