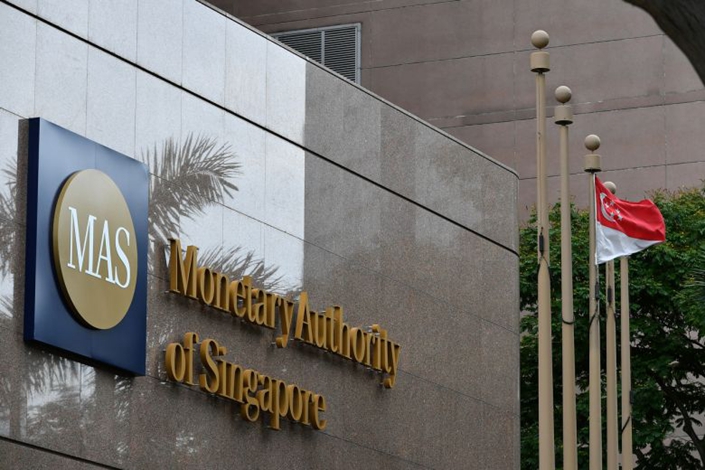 (The Straits Times) — The Monetary Authority of Singapore (MAS) has received 21 applications for up to five digital bank licensees it will issue by the middle of this year.

Successful applicants will be announced in June this year. The new digital banks are expected to start operating by the middle of 2021.

The MAS said the new digital bank licensees had “attracted strong interest from a diverse group of applicants.” They include e-commerce firms, technology and telecommunications companies, fintech firms (such as crowd-funding platforms and payment services providers) and financial institutions.

The majority of applicants are consortiums, with entities seeking to combine their individual strengths to enhance the digital bank’s value proposition, it added.

While no names were released by MAS, several consortiums have gone public with their bids since applications closed at the end of 2019. They include a Grab-Singtel tie-up, one led by gaming company Razer, a group led by Osim founder Ron Sim's V3 Group which includes Temasek unit Heliconia, the Singapore Business Federation and property giant Far East Organization, as well as Chinese billionaire Jack Ma’s Ant Financial.

Associate Professor Lawrence Loh from the National University of Singapore said that the AMTD-led group and Ant Financial are two names which stand out among the wholesale bank license applicants.

Noting that AMTD is one of the largest investment banks in Asia and Ant Financial’s Alipay is one of two national wallets in China, he said that both of these players would be up and running from the get-go should their bids succeed.

MAS unveiled its biggest move in two decades to open up the banking sector in June last year. Digital-only banks that can operate at lower costs and offer services that differ from traditional lenders are not new. In the Asia-Pacific region, Japan, South Korea as well as China already have digital banks in their markets. Last year, both Hong Kong and Taiwan issued digital banking licenses and Malaysia is expected to open applications for such licenses this year.

EY global emerging markets fintech leader Varun Mittal said that Singapore has received a very high number of applications with respect to the number of available licenses, noting that 29 applications were made for eight licensees in Hong Kong.

“While quantity of licences is not the sole metric we should look at, it is a good indicator that a diverse set of applicants are keen to address unmet and (underserved) customer needs,” he said.

A digital bank offers banking services such as deposits, loans, debit and credit cards like a traditional bank, except that transactions are performed online and the bank does not have a physical branch.

It is different from digital banking, which refers to the online banking services that traditional banks offer to its customers now via the Internet or on mobile devices.

MAS reiterated on Tuesday that it will evaluate all eligible applications based on their value propositions including the innovative use of technology to serve customer needs, their ability to manage a prudent and sustainable digital banking business, and their contributions to Singapore’s financial centre.

Its requirements for a digital full bank which can serve retail customers are more onerous than for a wholesale bank. Licensees must eventually meet the minimum paid-up capital requirement of $1.5 billion. It must be based in Singapore and be controlled by Singaporeans.

For a digital wholesale bank whose customers are limited to small and medium-sized enterprises and other non-retail segments, licensees need $100 million in capital and can be majority-owned by foreign entities.

Applicants must also show a "clear value proposition" to meet under-served needs using technology. Among other requirements, at least one entity - which holds a 20 per cent stake - in a consortium should hold a minimum three-year track record in operating an existing technology or e-commerce business.

EY's Mittal noted that it is important to consider the long-term sustainability and viability of new digital banks, with a large proportion of digital banks globally yet to become profitable. In the event of an economic downturn, new digital banks could face operational challenges, he added.

“(But) the overall winner of this exercise (will) be end consumers and SMEs who will have a large pool of solutions and services provided to choose from,” Mittal said.