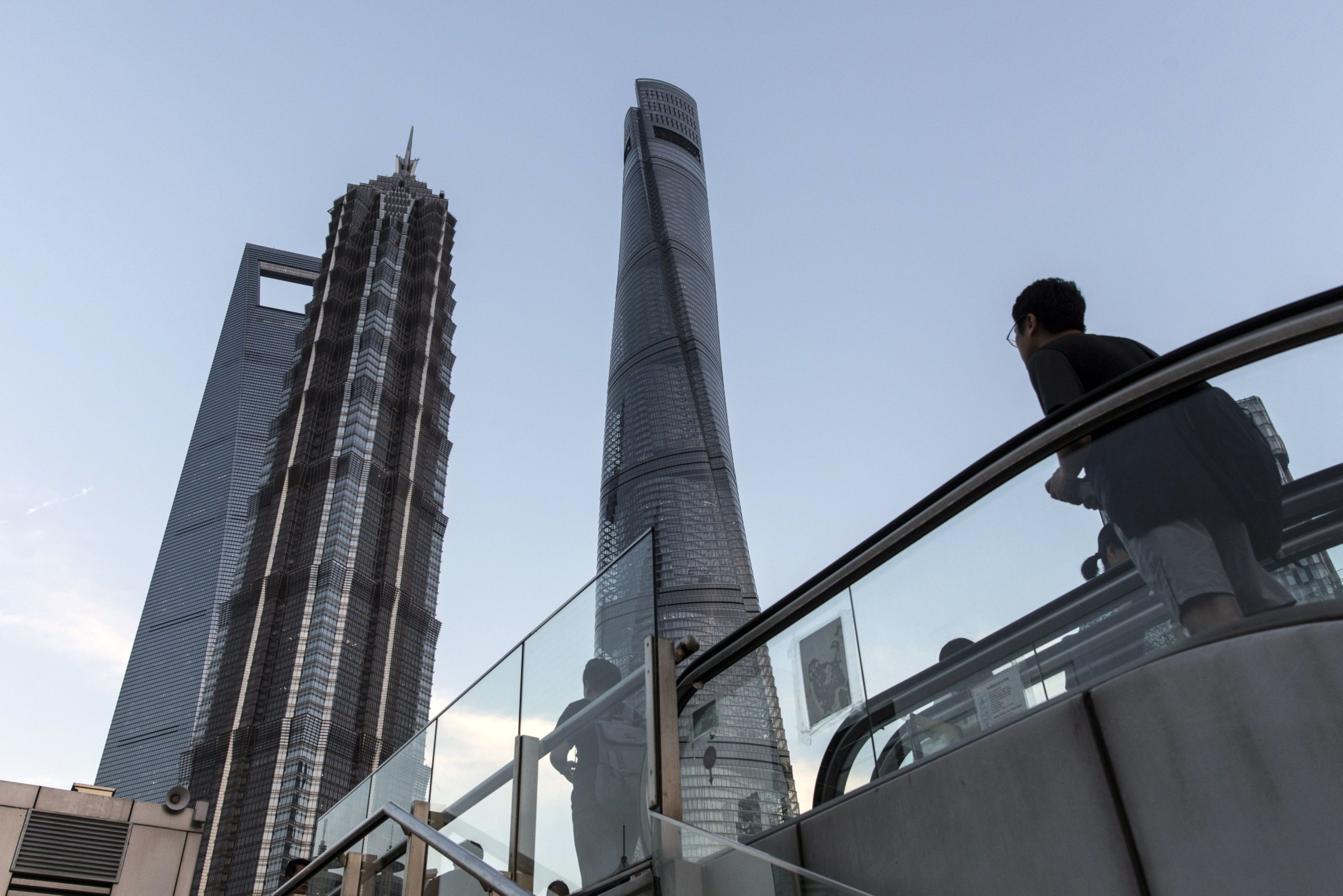 A man rides up an escalator under the skyscrapers of Shanghai’s Lujiazui financial district on July 29. Photo: Bloomberg

(Bloomberg) — JPMorgan Chase & Co. and Nomura Holdings Inc. are taking extra office space in China with both increasing headcount in the nation as it opens its $45 trillion financial industry to more competition.

New York-headquartered JPMorgan boosted its space in Shanghai Tower, China’s tallest skyscraper, to 20,000 square meters (215,300 square feet) from 15,000 square meters, according to people familiar with the matter. Nomura, Japan’s biggest brokerage, nearly doubled the size of its lease to around 5,000 square meters, the people said, asking not to be identified because the details aren’t public.

Both institutions have been at the fore of China’s financial opening, laying out expansive plans to build their securities and asset management businesses in Asia’s largest economy and hiring along the way. As the liberalization gathers pace, it’s presenting the firms and peers, including Goldman Sachs Group Inc. and BlackRock Inc., with a tantalizing opportunity to more easily compete for a slice of the nation’s ballooning wealth.

JPMorgan’s expansion comes less than a year after it relocated to Shanghai Tower in the city’s Lujiazui financial district because it needed more room. The lender has been hiring more in recent months, a person familiar said, without giving details.

“This is a strong vote of confidence in their China business,” said Daniel Yao, head of China research at Jones Lang LaSalle Inc. “Foreign asset management companies have been at the forefront expanding in Shanghai.”

The office expansion is part of a long-term plan after the bank announced last year that it wanted to have all its Shanghai-based employees in one place, JPMorgan said in an emailed statement.

As of this month, foreign companies can apply for 100% control of insurance and futures ventures in China. Come April, overseas players will be able to apply for licenses to start wholly owned mutual fund management firms.