Drugmakers Brace for China’s Biggest-Ever Round of Price Cuts 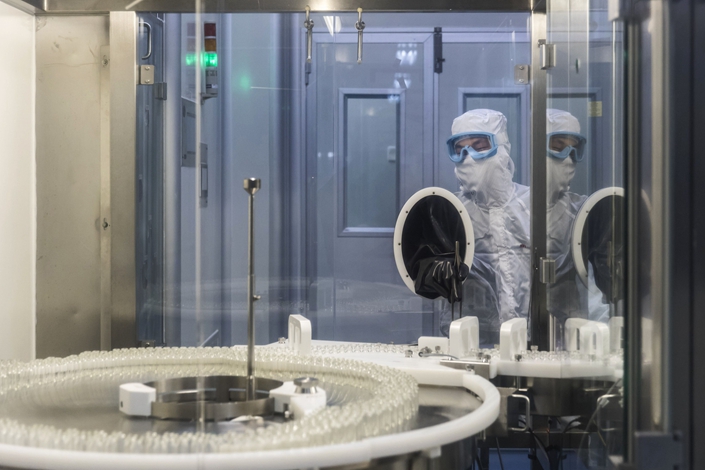 (Bloomberg) — Drugmakers are girding for more pain as China embarks on its biggest round of price cuts yet to reduce health costs in the world’s second-largest pharmaceutical market.

Multinational companies and local drugmakers will bid on Friday to win contracts to supply 33 off-patent medicines to public hospitals across China. The new system, which China first tested in 2018, requires drugmakers to submit competitive price bids, forcing them to offer the lowest price possible. In the previous round, this has resulted in prices of well-known medicines like Pfizer Inc.’s cholesterol pill Lipitor dropping as much as 74% below what they priced previously in China.

In a new feature, the government has this time added a price ceiling above which companies cannot submit bids. The ceiling prices represent a drop of as much as 95% below current prices in China, according to estimates by ICBC International.

After already swallowing dramatically lower prices in the previous round, Friday’s bidding exercise will show how far pharmaceutical companies will go to secure demand from China’s vast patient pool. The drugs in the bidding process are used to treat illnesses from hypertension to dementia and many are currently profit-makers for companies such as GlaxoSmithKline PLC and Sanofi.

Beijing is doubling down on its efforts to radically overhaul its health care system as China faces an aging population and higher incidence of cancers and chronic ailments. A key part of its plan is to drive down prices of off-patent drugs to free up state funds to pay for novel, cutting-edge therapies for Chinese patients. The aggressive campaign is putting pressure on profit margins for both foreign and domestic drugmakers.

The extent of the price cuts this time could range from 20% to more than 50%, according to Zhang Jialin, a health care analyst at ICBC International.

In some aspects, China has softened the rules of the exercise. As many as six firms could be chosen to supply 80% of the total national demand for the drug under bidding, up from three in the last round.

If fewer winners are chosen for a drug, the market share awarded to winning drugmakers will be reduced to avoid concentration risks. For instance, if only one drugmaker wins a contract, it will get just 50% of that drug’s total demand.

Based on the price caps and amount of drugs to be purchased, ICBC International values the contracts in the latest round at 8.8 billion yuan ($1.28 billion). Competitive bidding between drugmakers will ensure the final procurement cost is lower than this.

A trial in late 2018 in which 25 drugs were procured for 11 Chinese cities — mostly from local generic drugmakers — saved the Asian nation 5.8 billion yuan as prices more than halved on average. The government has since expanded the program nationwide, pushing prices down by another 25%.

The pharmaceutical sector is reeling: Chinese drugmakers issued a flood of profit warnings last year, while their global counterparts such as AstraZeneca PLC and Sanofi cited the procurement plan as a damper for earnings. Foreign pharmaceutical giants are pivoting toward innovative treatments to make up for the tumbling sales of their off-patent drugs after local rivals undercut them on pricing.

“The game is over for foreign pharmaceuticals looking to make money from drugs with expired patents,” said ICBC’s Zhang. “They have to keep bringing in new therapies to China to offset the price cuts on older drugs.”