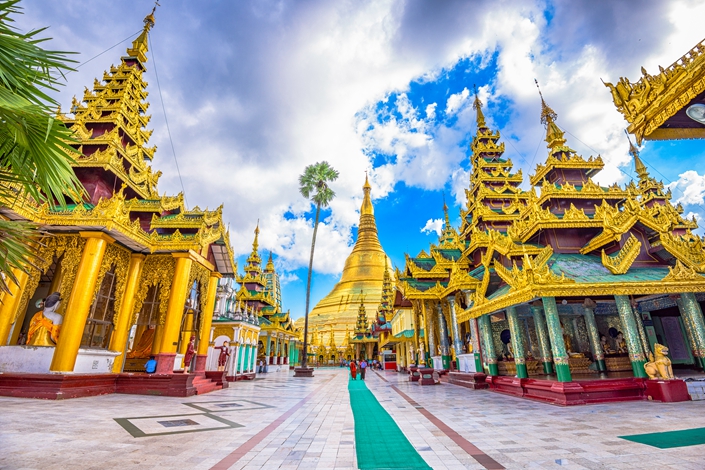 (Bloomberg) — China and neighboring Myanmar agreed to expedite several projects designated part of the pan-Eurasia Belt and Road Initiative in a sign of growing ties between both countries.

The two sides inked 33 agreements as Chinese President Xi Jinping wrapped up a visit to the Myanmar capital of Naypyidaw on Saturday, where he met his counterpart Aung San Suu Kyi.

They agreed to jointly develop the so-called China-Myanmar Economic Corridor between the southern Yunnan province and Mandalay. There was also a concession and shareholders agreement for the development of the multi-billion dollar special economic zone and deep-sea port in Myanmar’s western Rakhine State.

The two-day trip, Xi’s first of the year, saw the Chinese leader also meet the commander-in-chief of Myanmar’s powerful armed forces, Min Aung Hlaing. As the sole land bridge between two regional giants — India and China — Myanmar has the potential to tap into global supply chains at a time when Western businesses have been hesitant to bankroll projects due to the ongoing Rohingya crisis.

Beijing reiterated its willingness to provide support to Myanmar over the repatriation and resettlement of those displaced from Rakhine State, without mentioning the Rohingya, according to a joint statement released Saturday.

That follows the statement earlier this month from Chinese Vice Foreign Minister Luo Zhaohui, who said China will support talks with Dhaka for the repatriation of some 700,000 Rohingya refugees living in camps across the border in Bangladesh.

Since the mass exodus of Myanmar’s ethnic Muslim population began in 2017, the nation has increasingly turned to China to fulfill its economic expansion ambitions. In the first 11 months of 2019, investment from China reached $20.9 billion, accounting for more than a quarter of foreign direct investment, according to government data.