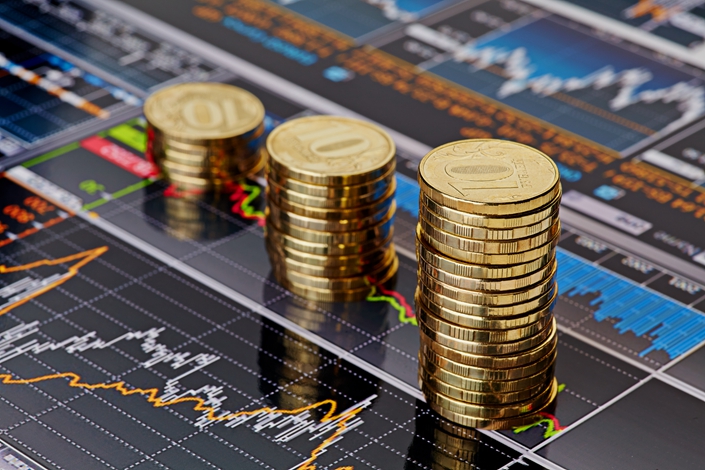 The traditional January game of economic forecasting for the year ahead hardly seems worth playing when the predictions have been the same for a decade. In 2020, it is even more likely than it has been every year since the financial crisis that the global economy will continue growing, interest rates will remain at rock-bottom levels, and stock markets will keep rising.

So, instead of predicting the most probable scenario, which is fairly obvious, it is more useful to consider unlikely events that would alter the likely benign scenario. I believe 10 risks could cause the most economic and financial trouble in 2020. These are not predictions: continuing global expansion is more probable than any combination of these setbacks. And they are not “surprises,” which, by definition, are impossible to foresee. Rather, they are “known unknowns,” arranged from the lowest risk to the highest, in my view.

The smallest risk is the one that many economists predict every year: a global recession, caused by the United States or China. A recession is inevitable, but less likely in 2020 than in any of the previous 10 years. While investment and manufacturing worldwide have suffered from the U.S.-China trade war, macroeconomic policies in both countries have boosted housing, services, and public spending. The world economy will continue to benefit this year from a tailwind from last year’s U.S. interest-rate cuts and China’s efforts to support roughly 6% growth. Absent some powerful new shock, recession in 2020 is therefore extremely unlikely.

Likewise, there is a negligible risk of higher interest rates. Many investors and businesses are worried that today’s low-interest-rate environment may soon end, at least in the U.S. Inflation and long-term interest rates will probably rise somewhat this year, but it is almost out of the question that central banks will tighten monetary policy. The Fed would lead this process, and it will not raise rates in an election year.

In Europe, instead of triggering an epidemic of Euroskepticism, Brexit has acted like a vaccination. Even the populist leaders in Italy, France and Germany seem deterred by the Brexit experience, and this year’s negotiations on a post-Brexit trade deal will reinforce Europeans’ negative perceptions of the process. But politics is always volatile, especially in Italy, so a politically driven euro crisis remains a low but non-negligible risk.

Although the U.S.-China trade war grabbed the most attention in 2019, Europe was actually the weakest link in the world economy. Recently, Europe’s economic performance has stabilized, and policy has improved dramatically, with the European Central Bank restarting quantitative easing and political sentiment turning against fiscal austerity. But Germany’s economy still faces an existential crisis, and European politicians have an almost unbroken record of foolish efforts to cut budget deficits when their economies need fiscal support. A European recession therefore remains the biggest macroeconomic risk in 2020, just as it was last year.

Then there is the threat of a major energy disruption. Since the U.S. assassination of Iranian Quds Force commander Qassem Soleimani, financial markets have been worrying about a spiral toward war and a spike in oil prices. Every global recession in the past 50 years been preceded by a doubling of the oil price (although not every doubling of the oil price has been followed by a recession). To double year on year, oil prices would have to soar above $110. This is unlikely, but possible if a U.S.-Iran war stopped shipping in the Persian Gulf. An oil-induced recession is therefore a moderate risk.

There is also a moderate risk of increased protectionism. The U.S.-China trade war has been a market obsession long enough for the bad news to be largely priced in, and the phase one agreement suggests no further escalation this year. That still leaves several trade risks on the horizon, especially for Europe, which is vulnerable to a breakdown in the Brexit talks or to a diversion of Trump’s protectionist instincts from Chinese electronics to German cars. But Trump will probably be too busy this year with the Iran confrontation and the election in November to start a U.S.-EU trade war. Meanwhile, U.K.-EU trading relations will remain completely unchanged until Dec. 31. As a result, greater global protectionism is a smaller risk this year than it was in 2018 and 2019.

There are two other moderate risks to growth this year. One is that debt ratios in U.S. corporations have risen to unprecedented levels, far exceeding the levels that preceded the financial crisis. But this is hardly surprising, given that interest rates have never been so low for so long. While a leverage bubble will probably be a risk sometime in the future, there is no reason why it should burst, or even deflate, until interest rates significantly rise. This is why corporate leverage seems only a modest threat in 2020.

The last moderate risk is of an auto industry collapse. Sales collapsed worldwide last year, devastating the German economy, which is by far the biggest exporter of cars and machinery for making them. Production in Germany is now below its trough in the 2009 recession, and the industry’s decline is not just a cyclical problem. A perfect storm of environmental concerns, social changes and energy and technological transitions means that the auto and engineering industries — not only in Germany, but also in the U.S., Japan, and Western Europe — are probably in a secular decline that could prove as profound as the deindustrialization of the 1980s. But the collapse in demand last year was so extreme that a temporary recovery is likely, which is why the auto and engineering industries should not cause as much trouble this year.

The risk to the technology sector, by contrast, is political — and high. Big tech firms can no longer rely on policymakers’ deference. Once regarded as innovators and agents of progress, Facebook, Apple, Amazon, and Google are now viewed as ruthless monopolists that manipulate politicians and exploit consumers. These companies have been the main driving force of the U.S. economy and stock market, and serious political challenges to their business models — in the form of regulation, special taxation or breakup — could cause a repeat of the 2000 to 2002 dot-com bust. A reckoning could begin this year.

The highest of the 10 risks stems from the U.S. presidential election. Global markets’ consensus that U.S. President Donald Trump will win exposes them to two potential shocks. A victorious Trump could become even more protectionist, belligerent and unpredictable in a second term. And if his opponent is Bernie Sanders or Elizabeth Warren, the U.S. economy’s four biggest sectors — health care, finance, technology and energy — will face unprecedented threats of disruption. Given that Trump is bound to make statements that alarm investors, and that some opinion polls will suggest a possible Democratic victory at some point in the campaign, U.S. politics is almost certain to trigger occasional bouts of panic before Nov. 3.

Anatole Kaletsky is chief economist and co-chairman of Gavekal Dragonomics and the author of Capitalism 4.0: The Birth of a New Economy in the Aftermath of Crisis.