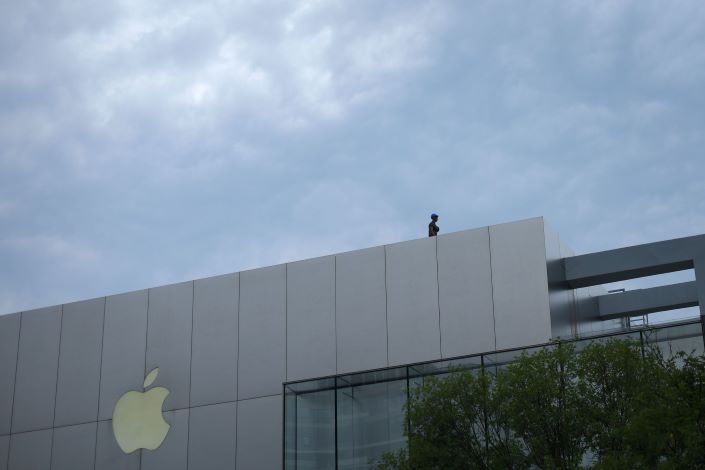 Apple’s China-centric manufacturing base is at risk of disruption after the Lunar New Year holiday as the company’s partners confront the coronavirus outbreak that has gripped the country and caused more than 100 deaths.

Virtually all of the world’s iPhones are made in China, primarily by Foxconn’s Hon Hai Precision Industry at its so-called iPhone City in Zhengzhou and by Pegatron at an assembly site near Shanghai. Each of those locations is more than 500 kilometers away from Wuhan in central China, the epicenter of the viral outbreak, but that distance doesn’t immunize them from its effects.

“Supply chain disruption is a worry if employees across Foxconn and other component manufacturing hubs in China are restricted,” said analyst Dan Ives of Wedbush Securities Inc. “If the China outbreak becomes more spread it could negatively impact the supply chain which would be a major investor worry.”

Foxconn said it is monitoring the situation in China and following all recommended health practices. It declined to comment on production in specific locations but said, “We can confirm that we have measures in place to ensure that we can continue to meet all global manufacturing obligations.”

Investors and analysts will be looking to Chief Executive Officer Tim Cook to comment on the virus and its impact on Apple during Tuesday’s conference call to discuss the latest quarterly financial results. Cook tweeted over the weekend that Apple “will be donating to groups on the ground helping support all of those affected” by the virus.