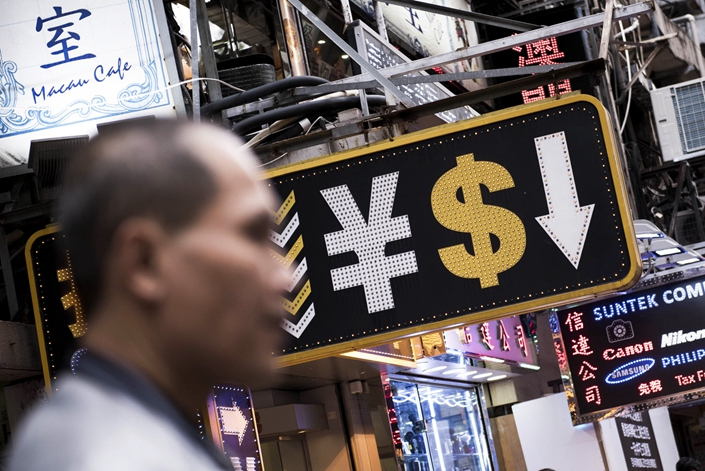 (Bloomberg) — China net injected the most cash in a year and set its daily yuan fixing stronger than the key 7 per dollar level, as it seeks to support its financial markets.

The People’s Bank of China pumped 400 billion yuan ($57 billion) into the banking system with reverse repurchase agreements on Tuesday, marking the largest single-day addition since January 2019. It set the yuan’s reference rate at 6.9779 per dollar, stronger than the currency’s official close on Monday.

The measures so far “are just the beginning of monetary and credit easing,” Nomura Holdings Inc. analysts wrote in a note, adding that the central bank will probably pump in medium-term cash and cut lenders’ reserve requirement ratio to bolster growth.

China’s financial markets took a beating across almost every asset class as investors weighed the impact of the deadly disease that’s spreading across China and the world. The onshore yuan weakened below 7 per dollar Monday despite the central bank setting its daily fixing at a stronger-than-expected level. All but 162 of the almost 4,000 stocks in Shanghai and Shenzhen recorded losses, with about 90% dropping the maximum allowed by the country’s exchanges.

On Tuesday, the currency strengthened 0.33% to 6.9990 per dollar as of 10:33 a.m. in Shanghai. Stocks also rebounded some in morning trade while the yield on the most actively traded contract of 10-year government bonds rose three basis points.

The PBOC took its first concrete steps to cushion the economy and plunging markets Monday providing short-term funding to banks and cutting the interest rate it charges for the money. It added a net 150 billion yuan of funds on Monday using 7-day and 14-day reverse repurchase agreements, cutting both rates by 10 basis points. The cash injection was part of a raft of supportive measures announced over the weekend to soften a market sell-off and help firms affected by the disease outbreak.

Traders are still watching closely this week to see if the central bank will set the daily reference rate at or weaker than 7 for the first time since Dec. 25.

Following the spot rate with a fixing weaker than 7 would have signaled authorities’ concern over the wider economic impact of the coronavirus, according to Nathan Chow, an economist at DBS Bank Ltd. in Hong Kong. But holding a line stronger than 7 demonstrates an effort to stabilize sentiment, he said. The fixing limits the onshore yuan’s moves to 2% in either direction.

“It’s not just the virus — the economy had already been slowing down since last year,” Chow said. “There was a rebound in December but it proved to be short-lived.” It may take a few days for fixing to break 7 but it could happen within this week, he added.

The currency held stronger than 7 from late December through January as trade tensions eased and China’s economy looked to be on steadier footing. The phase-one trade deal between the U.S. and China included a currency pact to avoid manipulation to gain an advantage.

Market watchers had recently revised yuan forecasts amid rising confidence that China had arrested an economic slowdown. Now, some economists are predicting the impact of the virus on China’s economy may be severe, and potentially larger than that of 2003’s SARS outbreak.