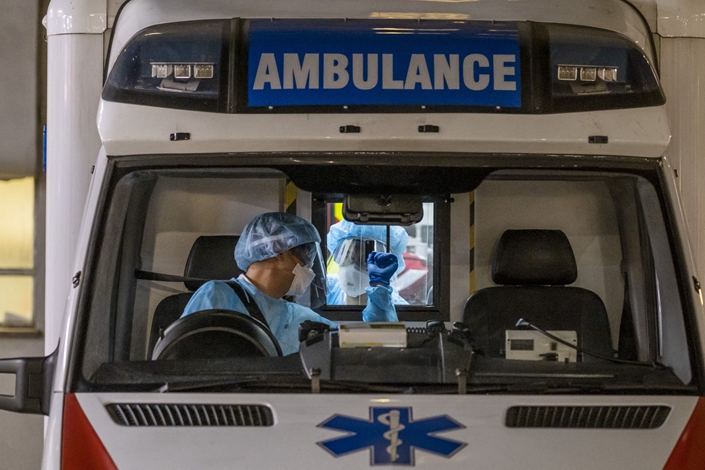 The 39-year-old patient is only the second person outside of Chinese mainland to die after contracting the new virus. According to earlier information released by the Hong Kong government, the patient had a pre-existing illness and was admitted to the hospital on Friday.

He had traveled to Wuhan, the Chinese city at the epicenter of the outbreak, via high-speed rail on Jan. 21 and returned to Hong Kong two days later. Hong Kong’s Hospital Authority didn’t immediately respond to a request for comment.

Hong Kong has 15 confirmed coronavirus cases and is on the front lines of the now-global battle to contain the illness, which has claimed more than 360 lives on the mainland since emerging in December. There have been 425 deaths globally, the vast majority in Hubei province, where Wuhan is located. Earlier this week, a 44-year-old died in the Philippines after contracting the virus.

The news emerged as Lam held a regular news briefing before meeting with the city’s Executive Council, one day after announcing further closures at ports of entry. She stopped short of completely sealing off the border.

The death will likely pile further pressure on Lam to shut the border with China — a demand of thousands of striking local medical workers — as deep distrust left over from months of violent anti-government protests fuel concerns she isn’t doing enough to stop the virus from spreading.

“Lam has no excuse but to tighten up the measures on border control, including stopping mainland travelers and mandatory quarantine for those Hong Kongers who returned from the mainland,” said opposition lawmaker Alvin Yeung. “We understand the mother of the deceased was also infected. That is to say there’s a risk of community spreading, hence actions must be taken now.”

“The consequences yesterday were quite serious,” she told reporters of the strike’s impact on hospital services. “Critical operations have been affected.”

In addition to the partial border closure, her government’s efforts to ward off the outbreak include an extension of school holidays.

The coronavirus has rattled global markets, led airlines to cancel flights to and from China and have seen millions on the mainland quarantined as Beijing and governments around the world struggle to contain its spread. The number of cases in China has topped 20,000.