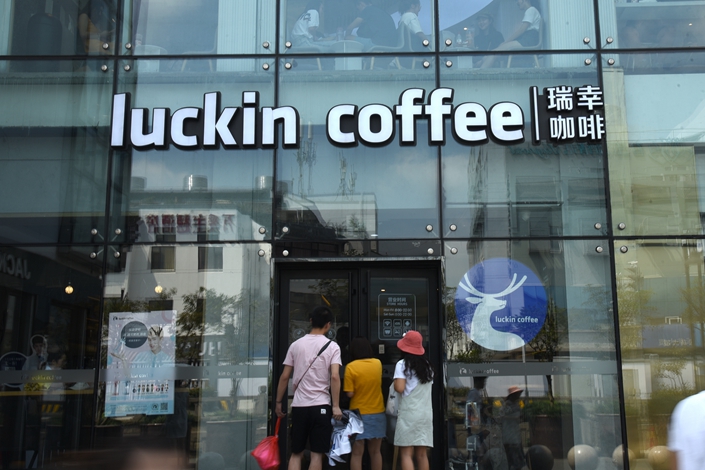 Luckin Coffee has come under the spotlight recently due to an anonymous report alleging that the coffee maker has fabricated its financial figures.

The unattributed 89-page report was posted on Twitter on Friday by short seller Muddy Waters Research, who said they considered it “credible”. The report claimed that the number of items sold per Luckin store per day was inflated by at least 69% in the third quarter of 2019 and 88% in the fourth quarter of 2019, based on 11,260 hours of store video that the report’s authors said they had viewed.

However, another short seller, Citron Research, defended Luckin and questioned the accuracy of the report. In a tweet posted on Saturday, Citron said that app download figures, other data and calls with competitors confirm Luckin’s financial numbers.

On Monday, Nasdaq-listed Luckin responded with a statement denying all fraud allegations. Luckin said in the statement that the methodology of the anonymous report is flawed, the evidence is unsubstantiated, and the allegations are merely unsupported speculations and malicious interpretations of events. “All the company’s key operating data, including the number of items per store per day, items per order and effective selling price, are tracked in real time and can be verified,” Luckin added.

However, the report has made Luckin’s stock take a dive, falling today to $31, down from around $50 on January 17. Meanwhile, Luckin is under sales pressure as the coronavirus epidemic has forced the coffee chain to temporarily shut down many of its stores in China.

In January, Luckin said it operated about 4,500 outlets in China at the end of 2019, edging ahead of archrival Starbucks to become the country’s biggest coffee chain.