By Zhong Zhengsheng and Zhang Lu 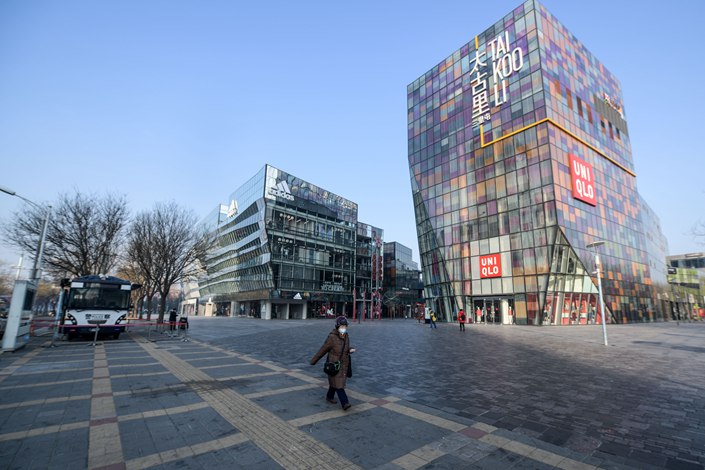 The outbreak of a novel coronavirus in China dominated the news over the Lunar New Year holiday and roiled global financial and commodity markets. The yuan depreciated against the U.S. dollar; copper and crude oil prices dropped; the yield on 10-year U.S. Treasury bonds fell and the yield curve almost inverted. Assets with a strong exposure to China have given up the gains fueled by positive signs in Sino-U.S. trade relations.

There has been much debate about the impact the coronavirus will have on China’s economy and financial markets. The best reference for assessing the likely influence is the Severe Acute Respiratory Syndrome (SARS) epidemic in 2003. The outbreak began in December 2002, but it wasn’t until early April 2003 when the disease spread across China that the scale of the problem was exposed. The World Health Organization (WHO) declared many provinces and cities as epidemic areas on April 16 and market panic started to spread. The epidemic started to weaken in mid-May and on June 14, the WHO lifted travel warnings for Hebei and Shanxi provinces, the city of Tianjin and the Inner Mongolia autonomous region. As measured by the WHO, the impact of the SARS outbreak lasted about two months.

The pandemic had a one-time temporary impact on the economy. In the second quarter of 2003, all sectors of the economy were affected — agriculture, industry and services — and year-on-year growth in gross domestic product (GDP) tumbled to 9.1% from 11.1% in the first quarter, although it was still the same pace as the fourth quarter of 2002. But in the third and fourth quarters, growth rebounded to 10%, although the services, or tertiary, sector did not see a significant recovery until the fourth quarter. The worst-affected industries were finance, hotels, catering, transport, warehousing and postal services.

As to major economic indicators, consumption and industrial production were hit hard, but recovered relatively quickly after the epidemic subsided. Retail sales growth fell to 4.3% year-on-year in May from 9.3% in March, but recovered to 8.3% and 9.8% in June and July respectively. Growth in industrial output fell to 13.7% in May from 16.9% in March and rebounded to 16.9% in June. Fixed-asset investment was not significantly affected, maintaining a growth of more than 30% through that period. Imports and exports in 2003 increased by more than 10% over 2002 levels and while imports growth slowed in the second and third quarters due to the epidemic, exports remained relatively stable.

But the SARS epidemic wasn’t the only factor influencing the economy and capital markets. Inflation, regulation of the real estate industry and monetary policy implementation also had an impact. In the second half of 2003, the pork cycle turned and prices surged, pushing consumer inflation up to 8.6% year-on-year in December from just 0.3% in June, while a booming property market triggered stronger regulation of the sector to curb price gains. The central bank also tightened monetary policy, raising the reserve requirement ratio for commercial banks by 1 percentage point in August and substantially curbing liquidity in the interbank market.

To sum up, the 2003 SARS epidemic gives us some reference points for the situation we are now facing. First, its impact on industry, investment, imports and exports, and nondiscretionary consumption such as on transportation, hotels and catering, was temporary and improved shortly after the epidemic subsided. Neither did it fundamentally disrupt economic trends. Second, the negative impact on discretionary consumption, such as education, leisure and entertainment, was not easy to turn around. Third, once the epidemic subsided, the direction of capital markets was strongly related to the policy environment on issues including the inflation situation, the real estate market, and monetary and fiscal policies.

How will this time be different

The novel coronavirus outbreak in 2020 is less deadly than SARS but its transmission has been much wider. The disease has spread farther and the number of confirmed cases has been far greater. The authorities have responded with tougher measures than in 2003 including the quarantining of entire cities, restricting the movement of people, extending holidays and instructing residents to stay home. As a result, the short-term economic impact this time will be greater than in 2003.

The extension of the Lunar New Year public holiday and restrictions on the return of workers to factories will delay the resumption of operations, which is likely have a significant impact on industrial production. But learning from the experience of 2003, we can see that industry can recover quickly. Enterprises can offer workers overtime to make up for lost production as long as there is sufficient demand.

Infrastructure construction is set to accelerate after the epidemic subsides and the signing of phase one of the China-U.S. trade deal will help exports recover. The property market may not be significantly disrupted by the epidemic as homebuying is usually a long-term decision. Consequently, industrial losses can to a large extent be made up if the epidemic can be controlled within one or two weeks after the Lunar New Year holiday, as projected by Zhong Nanshan, one of China’s best-known epidemiologists.

China is in a different economic situation from 2003 when the government was in the midst of trying to control an overheated economy. In 2020, we are at the tail end of a downturn and the economy needs policy support to prevent the epidemic from further denting the confidence of companies and consumers, which was starting to recover after the signing of the phase one trade deal in January.

The coronavirus epidemic and the extension of the holidays will put significant pressure on the cash flow of companies and entrepreneurs and may cause irreparable damage to many small and micro enterprises. It is therefore particularly necessary that the government offers targeted fiscal, taxation and financial support to businesses that have suffered losses. On Saturday, financial regulators issued a notice proposing 30 specific measures to support businesses, including injecting liquidity into financial markets, instructing banks to roll over loans for businesses hit by the epidemic, and lowering interest rates. This already demonstrates the government’s intention to counter the impact of the epidemic on the economy.

In 2019, the financial industry accounted for 7.8% of China's GDP compared with 4.4% in 2003, so the impact of the epidemic on market sentiment will affect economic growth to a greater extent. Regardless of whether strong corporate earnings can support the stock market in 2020, the larger influence of the financial industry on the economy is worthy of attention.

To sum up, we believe that the impact of the epidemic on China’s economy will be felt mainly in the first quarter, when GDP growth could be 1 to 1.5 percentage points lower than under our original scenario. For the whole year, we expect GDP growth to be 0.3 to 0.5 percentage points lower than our original forecasts due to lower discretionary consumer spending during the Lunar New Year holiday, the bigger share of the financial industry in the overall economy, and the shock to business confidence.

Given that the impact of the epidemic will be mostly temporary, government policies should be targeted to help the companies, industries and regions that have been worst affected. The use of broader monetary policy tools such as cuts to banks’ reserve requirement ratios and interest rates need to be based on how business confidence recovers after the epidemic subsides.

In terms of asset performance, the significant increase in risk aversion means the bond market rally could continue. Stock markets will rebound after the number of new confirmed cases declines. Investors should avoid companies exposed to discretionary consumer spending such as leisure services and focus on investment opportunities in the online economy.