India Starts Checking Passengers From Singapore and Thailand for Virus 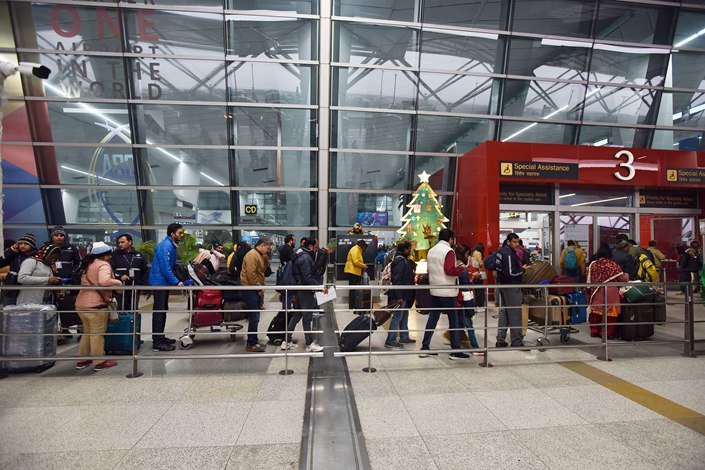 (The Straits Times) — India is screening passengers on flights coming in from Singapore and Thailand for the coronavirus and has further restricted travel from China, as part of preventive measures to contain its spread.

Three Indian students returning from Wuhan tested positive for the virus and are currently in isolation in the southern state of Kerala.

There are over 500 weekly flights between India and Singapore, according to Indian government information, with direct flights to around 15 cities.

A letter from the Directorate General of Civil Aviation (DGCA) to the civil aviation and health ministries said all passengers arriving from the Chinese mainland, Hong Kong, Singapore and Thailand would be screened by the Airport Health Organisation once they have stepped out of the aerobridge.

The DGCA letter, accessed by The Straits Times, said passengers would be allowed to move toward immigration after screening and clearance by medical staff.

As of Tuesday, 89,500 passengers from 777 flights had been screened at 21 airports, according to the health ministry.

On Wednesday, the government also further tightened travel from China and released a fresh travel advisory following a meeting of the Cabinet Secretary, as the death toll in China grew.

“Existing visas (including eVisa already issued) are no longer valid for any foreign national traveling from China,” a new advisory said. “People traveling to China henceforth will be quarantined on return.”

India, which shares a border with China and has a population of 1.33 billion people, has taken a number of measures to prevent the spread of the coronavirus.

India has put over 600 people evacuated from Wuhan into two quarantine centers in and around Delhi. They include nationals from the Maldives.

The health ministry tweeted Wednesday that 5,123 people are under “home surveillance” as a precaution and results are awaited for 342 people.

The key focus, the authorities said, remained on travelers coming from China.

“We have a focused campaign to ensure that people coming from China or even coming in contact with anyone from China, especially Wuhan, they should observe home isolation,” said federal Health and Family Welfare Secretary Preeti Sudan in a video message. “Please help us to help you; nobody wants their loved ones to be sick.”