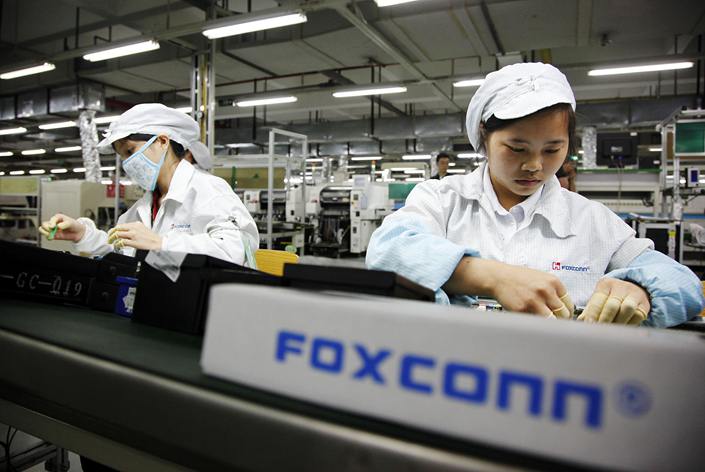 Hon Hai Precision Industry, Apple’s main iPhone production partner, said its factories worldwide are coordinating with authorities in carrying out virus protection and are preparing safety measures with the approval of local governments.

“Our group hasn’t received any client requests to move production resumption earlier,” the company, also known as Foxconn, said in a statement Saturday. Operating schedules will be arranged according to local governments’ requirements, the company said.

The company had asked employees at a facility in Shenzhen not to return to work when the extended Lunar New Year break ends on Monday, according to a memo seen by Bloomberg News.

Nikkei Asian Review reported earlier Saturday that after Chinese authorities intervened, Foxconn dropped plans to resume production. Public health experts told the company its Shenzhen plants face high risks of infection and are not suitable to restart work after on-site inspections, according to the newspaper, which cited four people it didn’t name.

That includes setting up a virus control system and quarantine location as well as stocking sufficient supplies of goods needed to combat the virus, it said. Longhua is home to Foxconn’s China headquarters.

Foxconn makes the vast majority of the world’s iPhones from the central Chinese city of Zhengzhou in Henan province.

The company follows the recommendations of local governments and has been “fully coordinating” with authorities in carrying out virus prevention measures and putting safety measures in place before work resumes, Foxconn said in its statement.