Opinion: The Real Economic Damage Won’t Come From the Coronavirus, But the Stimulus That Follows 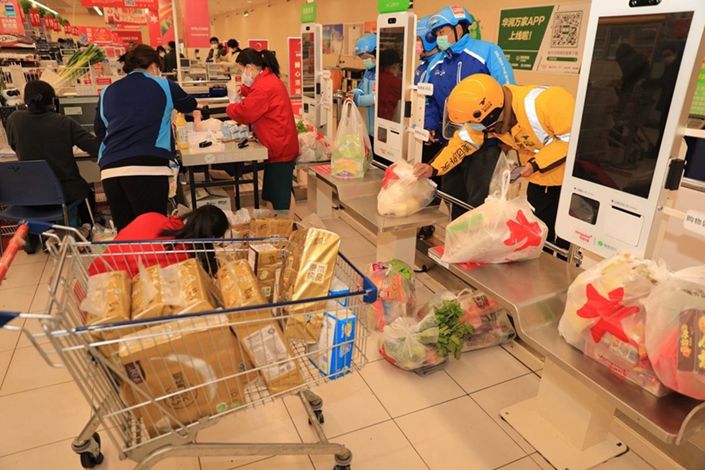 We should all be expecting unequivocally lax demand policies from the Chinese government in the days, weeks and months to come, writes economist Alicia García-Herrero. Photo: IC Photo

Many take the example of the SARS outbreak in 2003 as a benchmark to estimate the impact of the coronavirus on the Chinese economy and beyond. The reality is that China is very different from what it was 17 years ago.

The second reason is that investor confidence has already been hit hard by the trade war. The coronavirus is likely to have a knock-on effect on sentiment, and thereby on the consumption of durable goods, as well as on private investment. We cannot forget, either, that both the trade war and coronavirus are harming China’s growth trend both on a cyclical basis and over and above a worrisome structural trend, namely that of a fast deceleration. The reasons for the structural deceleration are well known and will not change, from aging to the end of China’s urbanization process. In other words, the coronavirus is hitting a weaker economy than was the case with SARS.

Based on the above, and assuming that the peak of the coronavirus outbreak happens in the first quarter — which seems like an optimistic assumption — we should be expecting a rapid deceleration in Chinese activity in the first quarter and gradual stabilization over the rest of 2020. This would clearly bring China’s growth well below the “around 6%” target announced by Premier Li Keqiang a couple of months ago, much closer to 5% if not lower.

Li Keqiang’s growth target is not really his, but rather that which ensures the achievement of President Xi Jinping’s all-important target of building a “moderately prosperous society” by the centennial anniversary of the Communist Party in 2021. This has been quantified in China’s 13th Five-Year Plan as doubling China’s GDP from 2010 to 2020. It seems crystal clear to me that no effort will be spared to stimulate high enough growth to achieve this goal.

This is why we should all be expecting unequivocally lax demand policies from the Chinese government in the days, weeks and months to come. The bigger the shock now, the larger the policy expansion will be needed to achieve the growth target. Such policy expansion, however, has an important constraint, namely inflation, which may be pushed higher by the limited supply of certain goods.

This means that, in the short run, the People’s Bank of China (PBOC) may not be able to use the most visible tool, namely interest rate cuts. Rather, it is using temporary liquidity injection, as has already been announced, alongside targeted lending and window guidance to steer the cost of funding down. This is particularly necessary for the industries most affected by the coronavirus, and we are already seeing announcements of targeted PBOC support to such industries.

More generally, the exchange rate might be the most effective demand policy to use and we are already seeing signs of the RMB quickly going back to the psychological barrier of 7 RMB to the USD (even more quickly than on the offshore market). It seems difficult for Trump to denounce China of currency manipulation at such a difficult time, so there is clearly room for further depreciation.

Moreover, weaker economic fundamentals and potentially laxer monetary policy will exert downward pressure on the RMB so it will be hard to argue this is not a market-driven process. Finally, fiscal policies in the form of targeted subsidies and potentially infrastructure investment may also be used.

As such, I expect a quick policy reaction to avoid a sharp correction in growth so that the Party’s objective to double GDP can be achieved. This means that 2020 growth for China may still hover between 5.5% and 5.7%, but there could be a heavy price to pay. Debt will continue to pile up, for corporates, for the government and even for households, as they are pushed to consume more durable goods with subsidies and discounts. More debt for an already highly indebted country like China can only mean lower potential growth than the road.

In that regard, one could argue that the negative impact of the coronavirus on the Chinese economy may be more medium-term than immediate, simply because of the excessive leverage such large stimulus requires.