IMF Sees China Rebounding From Virus, Though Uncertainty Is High 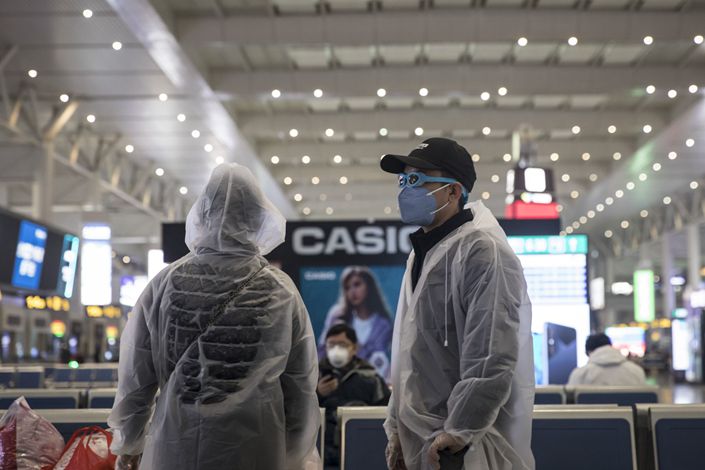 A family wearing masks and make-shift protective gear wait for their train Tuesday at the Hongqiao Railway Station in Shanghai. Photo: Bloomberg

(Bloomberg) — International Monetary Fund Managing Director Kristalina Georgieva said the lender is collecting data to assess the impact of the coronavirus outbreak in China, and hopes to see a V-shaped recovery despite considerable uncertainty surrounding the situation.

The fund’s primary forecast is for a quick recovery in the world’s second-largest economy as manufacturers make up for lost time and warehouses are restocked, according to a statement released Wednesday in Washington.

“We are still at the point of quite a lot of uncertainty,” Georgieva said, adding that the most likely of scenarios is a that of a V-shaped bounce from the interruptions. “In other words, sharp decline in economic activities in China, followed by a rapid recovery and a total impact on China relatively contained.”

That would mean the impact on the global economy also is likely to be contained, she said. She also said that she expects to have figures to release next week when Group of 20 ministers meet in Riyadh, Saudi Arabia.