Opinion: The Market Expects a U.S. Rate Cut, But the Market Is Wrong 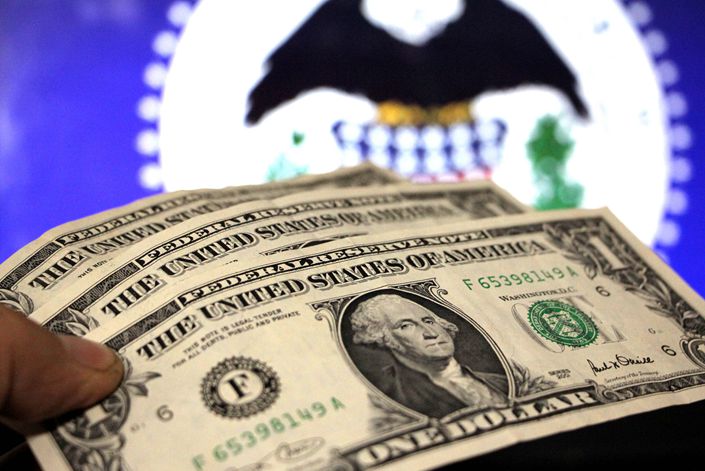 There is no reason for a rate cut as insurance against only the expectation of disruptions from the coronavirus. Photo: IC Photo

The market is pricing in an 80% probability of at least one rate cut later this year by the U.S. Federal Reserve. We think the market is wrong.

The Fed is already underpinning equity markets, fourth quarter profits in the aggregate are not going to be as bad as presumed, and while top-line economic growth will be slower in the first quarter (inventory drawdowns, Boeing, retail spending), the underlying picture is still positive, notably in the housing market. As the lagged impact of headwinds from overly tight financial conditions fades, along with trade conflict with China, the tailwinds from increased liquidity will take hold.

A resurgent economy later this year will be more prone to wage hikes and rising prices than the markets are currently discounting. For the period between now and then, the Federal Open Market Committee (FOMC) is showing more concern with the increase in financial risk-taking since they began the $60 billion per month expansion of the Fed’s balance sheet.

There is, consequently, no reason for a rate cut as insurance against only the expectation of disruptions from the coronavirus. It would take, using the FOMC’s own words, a “material change in the data” for them to act. Otherwise, they see themselves giving away basis points in the funds rate they will need in the future, in order to counter a threat to the economy that might not materialize in a meaningful way.

At the same time, they would see a rate cut as further fueling financial risk-taking, which runs counter to the bounds now constraining policy. In other words, recessionary data need to be present for a cut – and we do not see a recession.

Underscoring our positive view of growth and rising price pressures beyond the near term are the results of a National Federation of Independent Business (NFIB) survey of small businesses in January. They indicated a sharp increase in the percentage of firms raising wages and, more importantly, a jump in the net percentage of firms reporting higher sales prices.

Not surprisingly, small businesses’ plans to increase wages dovetail with consumer expectations for higher income in six months. While the trends in both these charts could dissipate in the coming months, what they illustrate is that tight labor markets are generating higher wages as well as increasing the prices of goods sold. Therefore, absent a recession in mid-year that creates slack in resource utilization, which we do not expect, the second-half upturn should spark wage and price pressures sooner than many today anticipate.

The Job Openings and Labor Turnover Survey data for December, notably a steep drop in the openings rate, were not particularly bullish, but correlating data imply a reversal in the coming months, or at least no further deterioration. The percentage of NFIB-surveyed firms planning to hire in the next several months has steadied, which points, by extension, to no further decline of note in the openings rate. Focusing on business and professional services, the leap in the business index from the Institute for Supply Management service sector survey should also lead to a steadying, at least, in the opening rate for jobs in those areas.

In sum, whether intentional or not, the Fed has set itself on a course where its freedom to act is limited. The policy bound for financial risk-taking, the 75 basis points of insurance cuts made in 2019, and sustained balance sheet expansion have put the Fed in a position where it would take recessionary signs to trigger another rate cut. They can only view the virus as an indeterminate threat that they will watch unfold. If recession-type data emerge, a large cut rather than a series of 25 basis point reductions would be in order.

The market has also re-inverted the short end of the yield curve, signaling future cuts in the funds rate. A negative funding curve constrains credit and underpins a strong dollar, but because it follows a period of Fed ease and financial conditions are still easy, the FOMC likely looks past the curve’s possible impact. Indeed, the Fed would probably welcome a slowdown in financial risk-taking. As such, barring evidence of recession, which, to repeat, we do not expect, there will be no cuts in the funds rate in 2020. Further, if the economy plays out as we anticipate, market pricing will flip later this year towards concerns over rising wages. That will be a surprise to the market, but not to us.