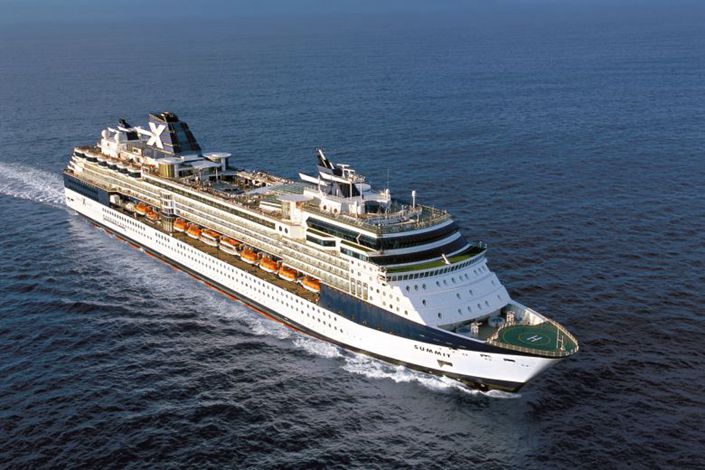 Major cruise lines are cancelling their sailings from Singapore or pulling out of Asia entirely amid fears over the spread of the coronavirus. Photo: Straits Times

(Straits Times) — Major cruise lines are canceling their sailings from Singapore or pulling out of Asia entirely for the remainder of the season, putting the brakes on one of the region’s fastest-growing tourism sectors.

Some cancellations have come within the last several days, as more ports in the region shut their doors to cruise ships amid fears over the spread of the coronavirus.

Celebrity Cruises told The Straits Times on Feb. 13 that it will be moving its Celebrity Millennium cruise ship to the United States three months earlier than planned.

“Up until today we had not intended to cancel the remaining season in Asia. However, due to continuous and unpredictable changes in travel restrictions and port closures, we feel this is the best decision for the health and safety of all,” a spokesman said.

Its Celebrity Constellation voyages on March 2 and 17, originally scheduled to disembark and embark in Singapore, will now make a round trip from Dubai instead.

Royal Caribbean said two sailings on Quantum of the Seas, due to depart Singapore on Feb. 15 and Feb. 24, have been canceled “in the light of current regional travel conditions.”

“The Singapore market remains of great importance to us and we look forward to returning there very soon,” a spokesman said.

The flurry of cancellations comes after a cruise ship which left Hong Kong on Feb. 1 was turned away from Japan, Guam, the Philippines, Taiwan and Thailand despite assurances by operator Holland America that there were no infected passengers on board.

After nearly two weeks at sea, the MS Westerdam, carrying more than 2,000 passengers and crew members, received permission to dock at the Cambodian port of Sihanoukville on Thursday morning. A spokesman said no Singaporeans were on board.

Ports in Hong Kong and South Korea have also suspended entry for cruise ships despite heightened screening and sanitation measures put in place by operators.

Travelers who had booked a regional cruise on the Sapphire Princess, due to depart Marina Bay Cruise Centre on Thursday, were informed of its cancelation only the day before.

Quality assurance inspector Matt Strine, who arrived in Singapore from the United States on Feb. 9, said he had asked Princess Cruises several times before his flight whether there was a chance of the cruise being canceled, and was told it was still on.

Strine, whose girlfriend flew to Singapore from the Philippines for the cruise, said: “We found out less than 24 hours before we were to depart that it was canceled via e-mail ... We planned this cruise during the summer and were really looking forward to it.”

A letter issued to passengers said that while there are no known issues relating to the coronavirus on the ship, a decision was made to cancel the cruise “out of an abundance of caution.” Guests will receive full refunds as well as future cruise credit and reimbursements for expenses incurred, Princess Cruises said.

The couple will instead spend two nights in Sentosa before returning home, said Strine, who is on his first visit to Singapore.

“It's a beautiful city. If not for the cruise problem, this would have been the vacation of a lifetime,” he said.

The Princess Diamond remains under quarantine off the coast of Japan, with more than 200 passengers now confirmed to have the virus. The WHO has said that the cases on the Diamond Princess are “cases on an international conveyance” and should not count in Japan’s total.

Operations on another cruise ship, the World Dream, were suspended indefinitely after it was released from quarantine off Hong Kong on Sunday Feb. 9.

Norwegian Cruise Line said that growing concerns over infections in China, where the virus originated, have prompted it to cancel all Asian itineraries for the Norwegian Spirit from April 15 through Dec. 7.

A 24-day voyage departing from Cape Town, South Africa, on March 22 will also now end in Greece instead of Singapore, with an extra three days added to the itinerary.

At least one cruise operator has added Singapore to the list of countries where recent visitors will require additional screening to board its vessels. This comes after the country raised its disease outbreak response to orange last Feb. 7.

British-American cruise line Cunard has also said the Queen Mary 2 will skip a scheduled stop in Singapore this month.

While it is too early to determine the full impact of the virus outbreak, Singapore is in a good position to recover, given the sector's strong growth and a diverse range of cruise brands and markets, she said.

Cruise passenger traffic, which enjoyed double-digit growth for four consecutive years, fell 2.5% to 1.82 million passengers in 2019. The STB attributed this to the dry docking of Royal Caribbean’s Voyager of the Seas for more than a month.

The growth potential for cruises in Asia remains bright, said Chang, with the number of cruise passengers sailing in Southeast Asia expected to grow at between 4.6% and 6.4% a year to reach an estimated 4.5 million passengers by 2035.

Singapore, which is positioned as an Asian cruise hub, “remains well-poised to capture that, due to our geographical location and good infrastructure,” she said.

The STB on Feb. 11 projected a 25% to 30% drop in visitor arrivals this year as the global spread of the coronavirus continues to batter the tourism sector.