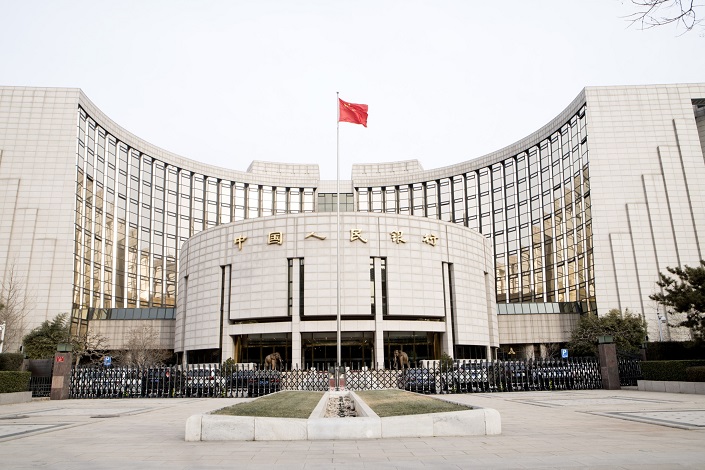 The People's Bank of China in Beijing. Photo: Bloomberg

(Bloomberg) — China provided medium-term funding to banks and cut the interest rate it charges for the money as officials seek to cushion the economy from the virus epidemic.

“The injection is relatively small,” said Becky Liu, head of China macro strategy at Standard Chartered Bank (HK) Ltd., adding the operation will reduce incentives to chase Chinese government and policy bank bonds. “It means the PBOC does not intend to further lower front-end rates from here. I think rates will stay range bound until further catalysts are there.”

Futures on China’s 10-year government bonds reversed gains after the operation, falling as much as 0.11%. The CSI 300 Index of shares rose as much as 0.9% surpassing its 4,003.9-point close from Jan. 23, the last trading day before a Lunar New Year break. Last week, China vowed it would meet its 2020 economic targets and allowed local governments to issue more debt in the near term to aid growth.

“I don’t think investors are overly worried about a lack of liquidity as it’s a clear trend that the PBOC would ease,” said Zhou Hao, an economist at Commerzbank AG. “Any declines in bonds resulted from today’s operation will create an opportunity for investors to buy more debt. The 10-year sovereign yield may fall to 2.8% in the coming weeks.”