Editorial: How to Keep the Economy Stable While Upholding ‘Houses for Living, Not for Speculation’ 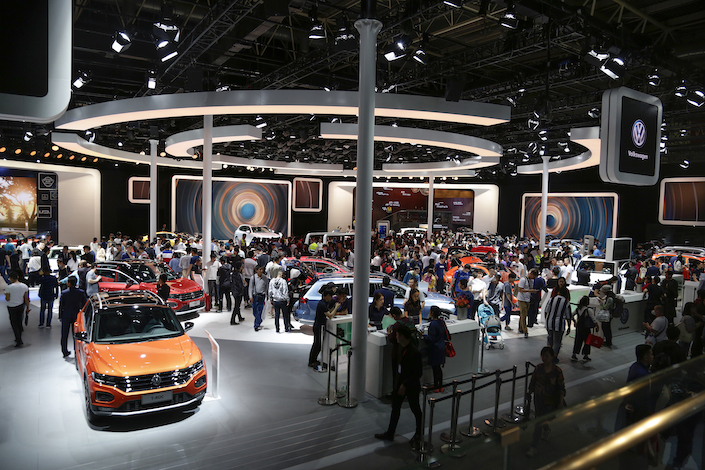 The annual auto industry fest in Beijing became the latest major event to be delayed because of the coronavirus outbreak.

The Beijing International Automotive Exhibition, originally scheduled for April 21-30, will be postponed, the organizer said Monday in a statement. The new schedule will be announced at a later date, it said.

The Covid-19 coronavirus, which broke out in central China’s Wuhan city, has sickened more than 70,000 people in the country, including 381 in Beijing as of Sunday. The capital city, along with all other provincial-level regions in China, enacted China’s top-level emergency response against the disease in late January, including measures to prevent mass public gatherings.

The Beijing auto show is one of the biggest domestic events to be postponed. In 2018, the event attracted more than 1,200 global companies exhibiting 1,022 vehicles. In the 2019 event in Shanghai, more than 1,500 vehicles were showcased, including global debuts of 129 models.

Although the delayed auto show will have a limited impact on automakers’ sales, it may disrupt companies’ sales plans and affect their product lineups as the release of new models may be pushed back, an executive of a Chinese automaker said.

The coronavirus epidemic is another blow to China’s already slowing auto marker. A Feb. 2 report by Huachuang Securities Co. estimated that sales of passenger vehicles in China could declined 8% in 2020 from last year, compared with previous industry forecast of about 1% growth.

A number of domestic and international events scheduled over the next few months have been affected by the outbreak, including the Chinese Basketball Association (CBA) season in China and the MWC 2020 mobile communications conference in Barcelona.