Airlines Warn of First Global Traffic Drop Since 2009 on Virus 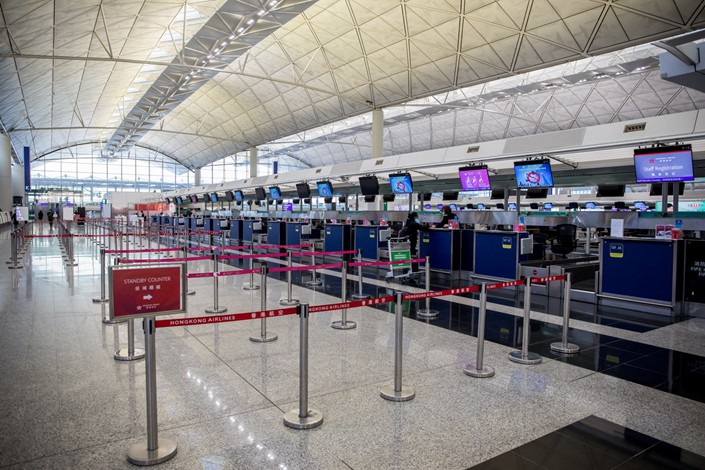 (Bloomberg) — The airline industry expects the first annual decline in global passenger demand in 11 years, after tallying up the initial impact of the thousands of flights canceled because of the coronavirus outbreak in China.

The estimate shaves about 4.7 percentage points off of a passenger-traffic forecast issued just two months ago, with almost all of the impact in the Asia-Pacific region, according to the International Air Transport Association. That may be conservative. The projections assume the losses will be limited to markets linked to China.

“This will be a very tough year for airlines,” Alexandre de Juniac, IATA’s director general, said in a statement Thursday. “Airlines are making difficult decisions to cut capacity and in some cases routes.”

The drop would be the first overall decline since the financial crisis of 2008-2009. Global passenger demand is now seen contracting by 0.6% this year, compared with a December forecast for 4.1% growth, IATA said.

While it’s too early to forecast the impact on profitability, IATA said the outbreak will shave about $30 billion from revenue, with the impact most severe on Chinese airlines. China’s government has stepped up efforts to contain the damage. Indebted conglomerate HNA Group Co. is expected to be taken over and its airline assets sold, Bloomberg News reported.

Under the plan, China would sell the bulk of HNA’s airline assets to the country’s three biggest carriers — Air China Ltd., China Southern Airlines Co. and China Eastern Airlines Corp., people familiar with the matter have said. HNA-backed Suparna Airlines is also likely to be unloaded to the Jiangsu provincial government, the people said.

Airlines have scrapped flights to China and about 80% of the country’s domestic fleet is grounded because of the epidemic that is centered in Hubei province. About 1.7 million seats were dropped from China services from Jan. 20 to Feb. 17 by global carriers, according to OAG Aviation Worldwide. Meanwhile, Chinese airlines cut 10.4 million seats domestically.

China’s economy was likely running at just 40% to 50% capacity last week, according to a Bloomberg Economics report, after efforts to contain the spread closed stores, brought factories to a halt and triggered a virtual shutdown of the airline industry. Employers have encouraged people to stay home, shopping malls and restaurants are empty, and amusement parks and theaters are closed.

While the impact will be felt strongest in China, carriers outside of Asia-Pacific would lose about $1.5 billion in revenue, IATA said. A warning from Air France-KLM, which said the outbreak will wipe as much as 200 million euros ($216 million) from earnings, hammered home the point on Thursday.

“Even as we see the number of new reported cases of coronavirus in China fall each day, airlines will continue to count the cost of the coronavirus outbreak for some time yet,” Alexander Sehmer, director of geopolitical intelligence at consultant Falanx Assynt, said in an email. “For now, people and companies are extremely wary of the potential risks of traveling. Therefore, tourism and corporate travel - with events even being canceled outside of China - will not pick up in the short term.”

Beyond aviation, the virus has disrupted supply chains of the world’s largest carmakers and hit sales at companies from Apple Inc. to Burberry Group PLC and Nike Inc. Apple this week said it doesn’t expect to meet its revenue outlook this quarter.