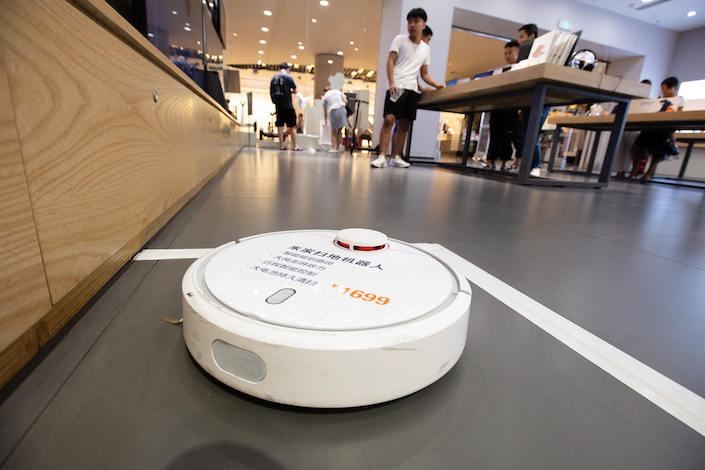 Shares of Beijing Roborock Technology, backed by smartphone giant Xiaomi, skyrocketed in its trading debut on Shanghai’s Nasdaq-style high-tech board Friday as its market cap surged past 33 billion yuan ($4.7 billion).

Founded in 2014, the Beijing-based startup designs and sells intelligent home cleaners and other cleaning appliances. It received an investment from Xiaomi that year and launched its first product, Mi Home Robotic Vacuum Cleaner, in 2016. The company said that it will use the IPO proceeds to develop next-generation robotic home cleaners and a data analysis platform.

Xiaomi owns 24.7% of Roborock through its associated companies Tianjin Jinmi Investment Partnership and Shunwei Capital, according to Roborock’s prospectus.

In the first half of 2019, Roborock generated revenue of 2.1 billion yuan.