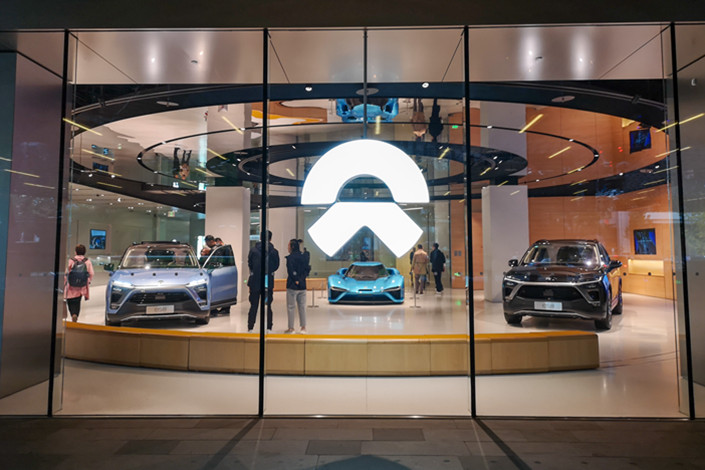 NIO Inc. reached a preliminary agreement to relocate its headquarters to another Chinese city in a deal that would allow it to raise much-needed cash. The electric carmaker’s shares soared.

The framework pact with the municipal government of Hefei, where NIO’s main manufacturing hub is located, is still subject to discussion, according to the company. But in light of the partnership, the company said it plans to raise more than 10 billion yuan ($1.43 billion).

NIO shares surged as much as 34% to $5.20 before the start of regular trading Tuesday in New York. The stock has slumped since early last year, as heavy spending on marketing and splashy showrooms failed to generate demand for its ES8 and ES6 electric sport utility vehicles. More recently, the company has had to contend with concerns about Tesla Inc. posing a greater competitive threat as a result of Tesla starting local production near Shanghai.

“We think the news puts speculation around NIO’s funding issues to bed — at least in the foreseeable future,” said Robin Zhu, an analyst at Sanford C. Bernstein Ltd., who called the deal a bailout by the Hefei government, and upgraded NIO to the equivalent of a hold.

“We remain dubious over the company’s fundamental outlook, and remain concerned about Tesla competition,” Zhu wrote in a report. “But the existence of a government backstop means the ‘EV call option’ thesis for investing in NIO gains some credibility.”