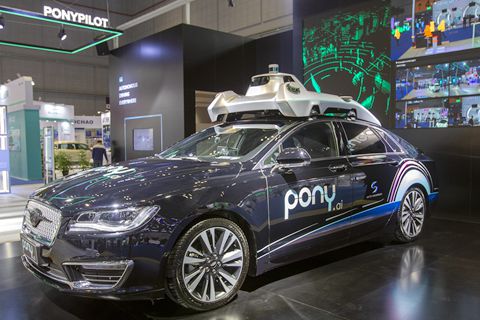 Chinese autonomous vehicle startup Pony.ai said Wednesday that it has received a $400 million investment from Japanese automaker Toyota, upping the ante in its push to develop automated vehicles.

The Guangzhou-based company will use the fresh capital to boost the development and commercialization of driverless cars, which will mainly feature what’s called “Level 4 autonomy.”

The Society of Automotive Engineers divides autonomous driving technology into six levels ranging from 0 to 5. Level 4 autonomy allows a car to be in almost total control all the time without any human intervention.

The new investment marks an extension of the two companies’ partnership initially forged in August 2019, when Pony.ai and Toyota joined forces to conduct road tests of autonomous vehicles in Beijing and Shanghai using the Japanese automaker’s Lexus-branded cars.

According to a statement published on Pony.ai’s public WeChat account, the two partners will also explore a possible partnership on mobility services.

In 2018, Pony.ai started piloting its PonyPilot project in the southern city of Guangzhou, testing a fleet of 100 autonomous cars used for taxi-hailing.

Toyota is also a financial backer of Chinese ride-hailing giant Didi Chuxing. In July last year, the Japanese carmaker announced that it would invest $600 million in Didi and their new joint venture for mobility services. Didi also plans to test its robotaxi services in Shanghai this year.

Earlier this week, China’s National Development and Reform Commission and several other government agencies published an autonomous vehicle development plan, setting a goal for 2025, by which time the country should achieve mass production of vehicles with “conditional” self-driving capabilities.