Dog Found to Have ‘Low Level’ of Coronavirus in Hong Kong 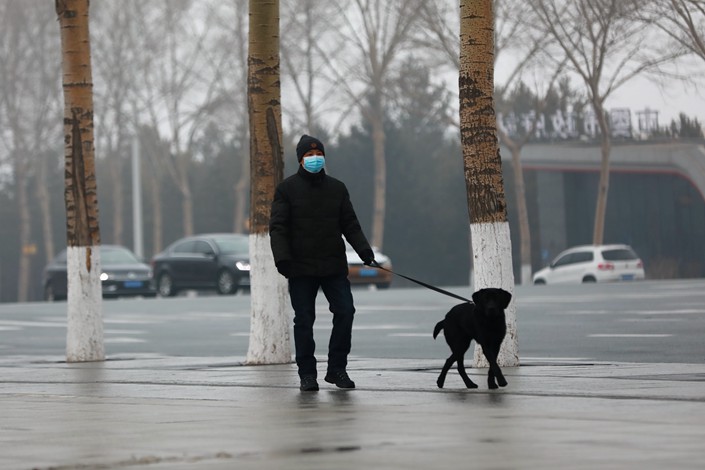 (Bloomberg) --The pet dog of a coronavirus patient in Hong Kong has been found to have a “low level” of the virus, the Hong Kong government said early Friday.

The dog tested “weak positive” for the coronavirus, the city’s agricultural and fisheries department said in a statement, without giving further details. Officials will carry out further tests to confirm whether the dog has really been infected with the disease, or if it was a result of environmental contamination of its mouth and nose.

Much is still not known about the virus that is spreading around the world after emerging in central China late last year. It is thought to have transferred to humans from bats and has been shown to spread in a number of ways, but the Hong Kong agricultural department said it doesn’t have evidence that pet animals can be infected, or be a source of infection to people.

If confirmed, the dog would be the first case of a pet catching the coronavirus amid a global outbreak that’s now infected more than 82,000 people and claimed more than 2,800 lives.

The dog is being quarantined at an animal facility, the Hong Kong government said. The department strongly advised that pets of confirmed virus patients also be put under quarantine.