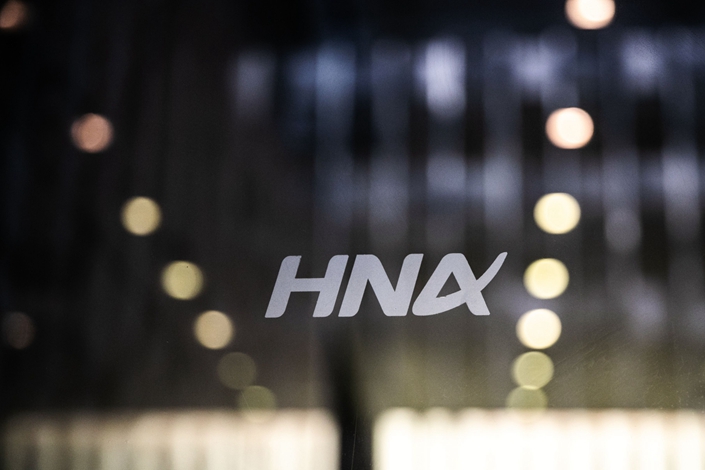 (Bloomberg) — China took over management of debt-laden HNA Group Co. Ltd.’s liquidity risks after the coronavirus outbreak scared off travelers and cut off the conglomerate’s main source of income, forcing the government to take extraordinary steps to contain the fallout from the epidemic.

The government of Hainan, the southern island province where HNA is based, appointed an executive chairman for the company and set up a working group of officials from the municipality, the civil aviation authority and China Development Bank to oversee the effort, HNA said in a statement on Saturday. The move came after the conglomerate failed to resolve liquidity difficulties that stretch back to late 2017, it said.

The government rescue of the fallen giant — it was once the top shareholder of iconic companies such as Hilton Worldwide Holdings Inc. and Deutsche Bank AG — makes HNA one of the biggest corporate casualties of the outbreak. To limit the economic impact of the virus, which has killed thousands, China is considering bailing out the hobbled airline industry and the People’s Bank of China has said it will work on supporting domestic consumption.

HNA’s downfall also symbolizes the end of an era defined by excesses. It was at the forefront of an unprecedented acquisition campaign by Chinese companies, which often paid top dollar for trophies ranging from the Hollywood studio behind some Godzilla films to the historic Waldorf Astoria hotel in Manhattan and the AC Milan soccer team — not unlike what Japanese firms did in the 1980s before the bubble burst and ushered in the country’s Lost Decade. Beijing eventually clamped down on the unfettered acquisition spree after debt levels soared to dangerous levels.

The working group comprises executives and officials from Hainan Development Holdings Co. Ltd., Hainan Yangpu Economic Development Zone, Civil Aviation Administration of China Central and Southern Regional Administration, as well as China Development Bank’s credit management bureau, according to the statement, which didn’t specify details of what the committee will do.

Ownership of the group is unaffected by the move, a company representative said.

Closely-held HNA, which started as a regional airline nearly three decades ago with some seed money from George Soros, had been slimming down after spending more than $40 billion in a buying binge that left it with one of the highest levels of corporate debt in China.

The group was returning to its aviation roots, and in November it announced it would divide its businesses into airlines, aviation leasing and airports, with the rest being lumped under its “non-aviation asset management” unit. The focus on aviation and tourism backfired as the coronavirus epidemic led to a record number of canceled flights in and out of China.

HNA is part of a group of Chinese giants that began making a splash internationally in the middle of last decade from near obscurity. Dalian Wanda Group Co. Ltd., led by a tycoon who was once China’s richest person, acquired Hollywood assets such as AMC Entertainment Holdings Inc. and Legendary Entertainment LLC. Anbang Insurance Group Co. Ltd., headed by a chairman who married the granddaughter of former Chinese leader Deng Xiaoping, made global headlines in 2014 with the trophy purchase of New York’s Waldorf Astoria and nearly bought Starwood Hotels & Resorts Worldwide Inc. before backing out of the $14 billion deal in 2016.

HNA stood out as the most aggressive of the lot by throwing tens of billions of dollars to purchase everything from golf courses to luxury homes across six continents.

These conglomerates eventually came under the scrutiny of Chinese authorities in recent years after the government grew wary of capital outflows and the debt that companies were amassing to build their empires. Billionaire Wang Jianlin’s Wanda Group has retreated from its Hollywood ambitions amid government pressure. None faced harsher punishment from Beijing than Anbang: its founder Wu Xiaohui was jailed and the government seized the business for two years.

In HNA’s case, its borrowing costs spiraled out of control and debts climbed to almost 600 billion yuan ($86 billion). While total debt fell to 525.6 billion yuan by mid-2019, its cash pile shrank at a much faster pace to the lowest since at least 2015. Chairman Chen Feng said in December that 2020 would be “the decisive year to win the war” against the conglomerate’s long-running liquidity challenges.

In an attempt to stabilize its finances, HNA has been looking to divest multi-billion-dollar assets including plane lessor Avolon Holdings Ltd. and tech company Ingram Micro Inc., people familiar with the matter have said.

Cash is running out

China’s leadership is trying to limit the economic impact of the virus, which is threatening the world economy. At a Feb. 21 meeting chaired by President Xi Jinping, officials pledged to be more proactive with fiscal policy and exercise greater flexibility in monetary easing. The outbreak is dissuading millions of people from going out to shop, weighing on an economy that was already growing at its slowest in three decades. Car sales have plunged more than 90% and S&P Global warned that a prolonged public health crisis could cause the bad loans ratio in China’s banking system to more than triple.

One of the hardest hit industries has been airlines, of which HNA owns several including flagship Hainan Airlines Holding Co. Ltd. Global carriers have stopped about 80% of their China flights and the International Air Transport Association estimates the epidemic will cost the industry almost $30 billion in lost revenue.

Local airlines grounded enough planes to carry more than 10 million passengers, reducing China’s huge aviation market to smaller than Portugal’s, according to industry researcher OAG Aviation Worldwide. The government is considering measures such as direct cash infusions and mergers to bail out the crippled industry, people familiar with the matter have said.