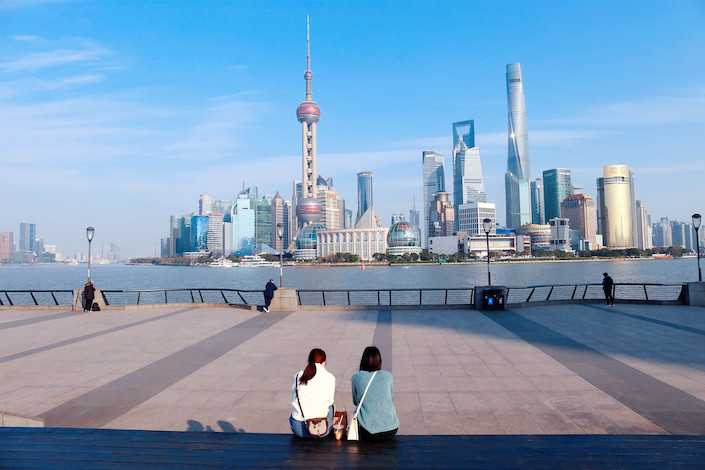 Nearly one in four U.S. companies said they didn’t expect their China markets to grow in 2020. Photo: VCG

American companies in China reported continuing declines in revenue and profitability and said they are generally pessimistic about market growth and future investment, citing slow economic growth in China and uncertainty in the U.S.-China relationship as their top concerns, according to a business survey.

The annual China Business Climate Survey, conducted by the American Chamber of Commerce in China late last year, found that 21% of member companies reported declines in revenue in 2019, compared with 7% in 2017. The proportion of members reporting profitability fell from 73% in 2017 to 61% in 2019, the lowest in two decades.

The survey was conducted before the signing of the U.S.-Sino phase one trade deal and the Covid-19 outbreak. The impact of the epidemic on the growth outlook for China and the rest of the world and on the implementation of the trade deal is yet to be fully assessed.

Multiple factors caused declines in companies’ profitability, including increased competition, slowing market growth and trade frictions, especially for those affected by tariff changes, AmCham China President Alan Beebe said. Many companies did not pass higher costs on to consumers and instead chose to raise production capacity or invest in new technology to alleviate cost increases, he said.

Nearly one in four companies ― and more than 40% in the resources and industrial sector ― said they did not expect their markets to grow in 2020, the survey found. In contrast, companies in the consumer and services sectors showed greater optimism on market growth, at the time projecting that China’s consumer market would be likely to remain buoyant reflecting growth in the number of middle-income households.

More than one-third of surveyed members, the largest proportion since 2013, reported they were delaying additional investments in 2020 or even looking to reduce investment because of bilateral uncertainties, the survey found.

Additionally, 16% said they were adjusting supply chains by seeking to source components or assembly outside of China.

In an unfavorable environment, businesses tend to adjust their overall strategies and in many cases to avoid increasing investment, but some companies also saw the current conditions as an investment opportunity, Beebe told Caixin.

The survey also for the first time included questions on capital controls and requirements for companies to establish Communist Party cells. Nearly 80% of respondents said it was more difficult to remit funds out of China as compared with other major markets. More than half of respondents said they were required to establish party cells within their companies, though only 7% reported a negative impact from having to do so.

A series of actions taken by the Chinese government in 2019, including the release of the Foreign Investment Law and reforms in the financial services sector, boosted American companies’ confidence in the Chinese government’s commitment to further open its market to foreign investment. More than half of respondents said they would increase investments in China if markets were to open on a par with the U.S.