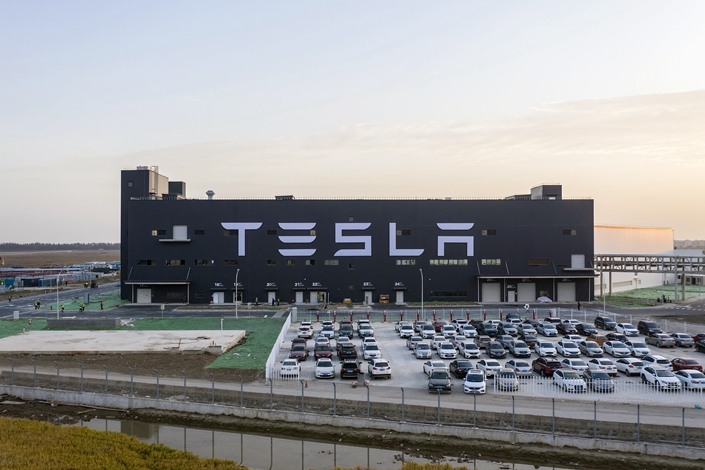 Tesla is looking to make more car parts at its Shanghai factory as part of ongoing efforts to localize its supply chain in the world’s largest automobile market, Reuters reported Tuesday, citing a government document.

The document, submitted by Tesla to the Shanghai municipal government, showed that the U.S. electric carmaker aims to almost double the annual production capacity of locally made cooling pipes to 260,000 sets from 150,000. It also plans to add lines to locally produce more battery packs, electric motors and motor controllers.

As of the end of 2019, about 70% of parts installed in Tesla’s Shanghai-built electric vehicles were imported, according to Reuters.

The company is also building another stamping line to ramp up car production at the Shanghai facility, Reuters reported, referencing construction documents it had seen.

Despite the robust delivery gains in China, Tesla has been recently blamed by some of its Chinese car owners for equipping their Shanghai-made Model 3 sedans with outdated self-driving hardware.

The move, which Tesla blamed on coronavirus-linked supply chain disruptions, has drawn attention from the country’s Ministry of Industry and Information Technology (MIIT), which has asked Tesla to ensure product consistency, quality and safety, according to a Tuesday statement. (link in Chinese) The carmaker has pledged to offer free hardware replacements to affected customers when the supply chain recovers.