Half of Chinese Retailers Risk Collapse Within Six Months 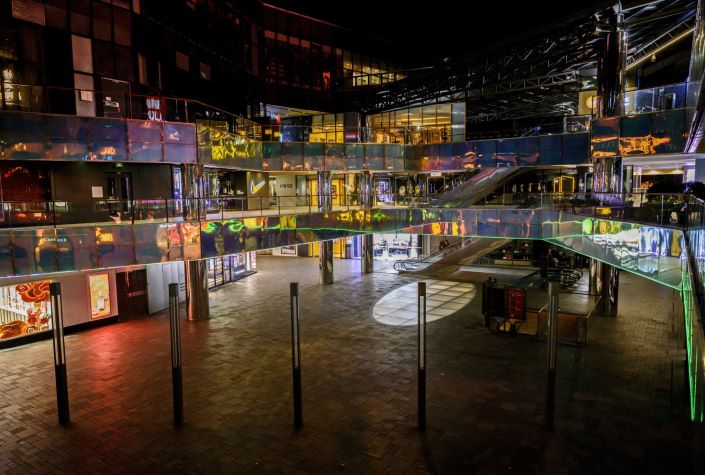 (Bloomberg) — Almost half of China’s listed consumer companies don’t have enough cash to survive another six months, underscoring the urgent task Beijing has to re-start its economy and get shoppers spending again.

Restaurants are in the worst shape as the coronavirus outbreak has kept consumers at home, with about 60% unable to cover labor and rental costs, according to data compiled by Bloomberg and company reports covering 50 listed firms. Among jewelry and apparel companies, almost half don’t have the cash to last the six months unless demand rebounds sharply, the data show.

While the number of coronavirus infections in China has tapered off and retailers including Starbucks Corp. and Haidilao International Holding Ltd. have reopened more of their stores in low-risk areas, demand looks unlikely to rebound quickly as consumers remain hesitant to leave their houses after weeks of government warnings about the dangers of mingling with others.

China is also now on guard for a second wave of infections, in part from people traveling back to the country from other affected areas.

Although Chinese factories have resumed production, hopes of a V-shaped recovery in retail and services have waned as the pandemic widens globally, sickening over 210,000 people and killing over 8,700. Economists now expect $2.7 trillion to be wiped from the global economy.

Domestically, the largest consumer companies are in a position to stay afloat the longest. Hotpot chain Haidilao has hundreds of millions of dollars to support its business through nine months, and retailers Anta Sports Products Ltd. and Chow Tai Fook Jewellery Group Ltd. can also cover selling and marketing expenses beyond the six months.

Many of China’s small and medium-sized businesses are already collapsing as they run out of cash, but the vulnerability of the publicly listed consumer companies points to greater economic danger, as some of these employ thousands of workers across the country. Store closures and layoffs are expected, said analysts.

“The number of money-losing stores for retailers and restaurateurs could rise as the Covid-19 pandemic continues to weigh on consumer sentiment,” said Bloomberg Intelligence analyst Catherine Lim. “Hikes in operating cash outflow as sales at these shops remain at sub-optimal levels could prompt operators to shut outlets.”

Data released Monday showed retail sales in the world’s second-biggest economy plunged 20.5% in the first two months of the year, with the catering sector tumbling 43.1%. Services in China have taken a bigger hit than manufacturing. Barclays economists last week estimated a plunge in output of around 70% year-on-year in February, before improving to a decline of 40-45%. That compares to a decline of 30-35% for manufacturing.

China’s government has cut interest rates, ordered banks to boost lending and loosened criteria for companies to restart operations and get the economy back on track. Local governments are also launching stimulus to bring customers out of their homes to spend money.

Anhui, Jiangxi and Jiangsu provinces last week urged officials to take the lead in patronizing restaurants and shopping malls that are opening after weeks of being shut. Nanjing is handing out “consumption coupons” for food and beverages, sports, consumer electronics and books, while citizens in Hangzhou are being treated to free buses and subways.

The efforts come too late to help Song Hongyang, founder of Shenzhen-based restaurant Zui Weng Ting. He shut down operations on March 1 after more than 20 years of business, as he couldn’t afford to pay more than 10,000 yuan ($1,400) rent and staff salaries per day. He and owners of at least three other restaurants nearby are seeking to sell their shops.

“I haven’t experienced a tougher time than this, almost zero business,” said Song.

Song said the catering business typically doesn’t have much cash on hand, with income remaining stable through customer payments but little in reserves. The timing of the virus outbreak dealt a heavy blow to that financial situation, with cases skyrocketing during Chinese New Year, which usually contributes 20% to 30% of annual profits. The closing of shops and containment efforts suddenly cut short the industry’s ability to survive, he said.

Larger operators have more options than small business owners like Song, and can leverage their wide presence to lower fixed costs like rent in order to survive the crisis.

“Big operators have better negotiation power with landlords, due to their brand-drawing traffic and also due to the same operator having multiple stores in lots owned by the same landlord,” said UOB Kay Hian Ltd analyst Robin Yuen.

Those who can survive longer may see the crisis turn into an opportunity. Competitors will die off and they may have the chance to snap up the smaller operators unable to continue their business.

“We expect smaller players to be more vulnerable due to tight working cash flow, and some players will exit the market, leading to a higher level of consolidation,” said Jefferies analyst Mark Yuan.