Xpeng Buys Electric Vehicle Firm in Drive to Do Own Manufacturing 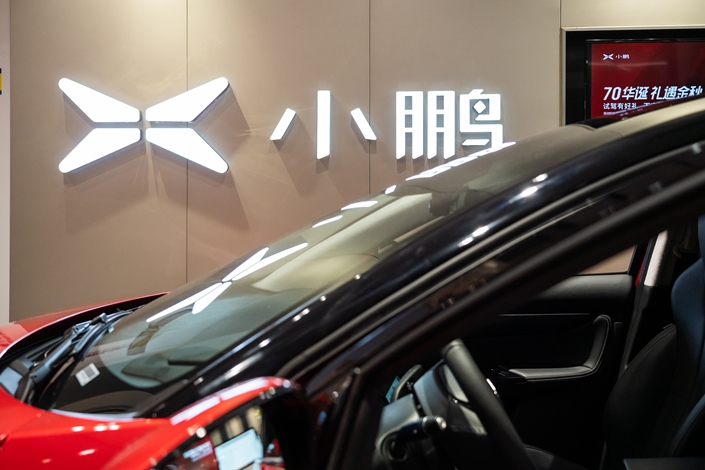 Xpeng has acquired a lesser-known electric carmaker through its investment affiliate, a move industry observers say could help it produce its own new energy vehicles independently, as the company seeks to reduce dependence on its manufacturing partner.

The deal, which will see Xpeng-owned Zhaoqing New Energy Investment Co. buy Guangdong Foday Automobile, will help Xpeng improve its supply chain management and enhance its product development and manufacturing capabilities, a Xpeng representative said, without specifying how much money it paid.

A source close to the matter told Caixin that the acquisition will also help Xpeng obtain a license for its own manufacturing facility in Zhaoqing, Guangdong province, to build vehicles independently. The 10 billion yuan ($1.4 billion) Zhaoqing plant, which aims to achieve an annual production capacity of 200,000 units, is already making cars on a trial basis and is scheduled to produce Xpeng’s second model, the P7 electric sports sedan, the source added.

Currently, Xpeng produces its G3 electric compact sport utility vehicles under contract with Haima Auto. However Haima is currently facing possible delisting from the Shenzhen Stock Exchange due to poor financial conditions. Haima produced only 630 Xpeng G3s in January and none in February amid the coronavirus outbreak, according to its filings to the bourse.

The Xpeng representative said that the acquisition of Foday will not affect its partnership with Haima.

Two weeks ago, Xpeng claimed that China’s Ministry of Industry and Information Technology (MIIT) had rated the P7 as being able to drive 706 kilometers on a single charge, longer than any other electric car sold in China. The company also said at the time that it will officially launch the P7 and start deliveries in China in the second quarter of 2020.