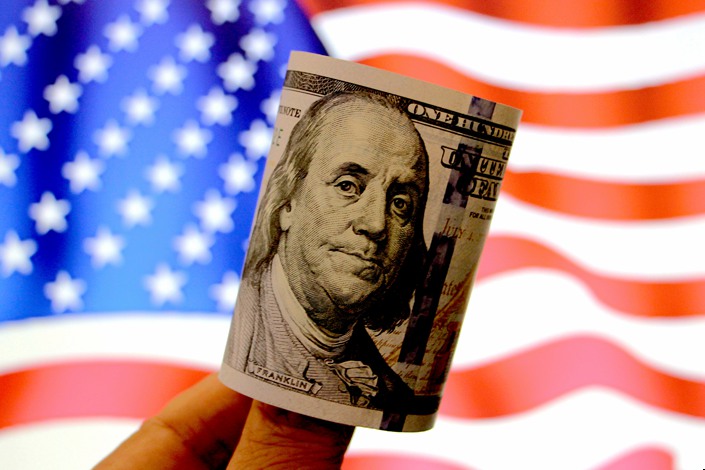 While it may be too late for policymakers to avert a public health crisis, it is still possible to implement the fiscal and monetary measures needed to prevent an economic catastrophe. Photo: IC Photo

Contrary to my initial expectations, the global spread of the coronavirus is not following the relatively benign trajectory experienced in China outside of Wuhan and Hubei province, and in South Korea, Singapore, and the rest of Asia. Instead, across Europe ⁠— and very likely in the United States, too ⁠— the spread of the virus increasingly resembles the path it took in Hubei.

This threatens both medical and economic disaster. But while it may be too late for policymakers to avert a public health crisis, it is still possible to implement the fiscal and monetary measures needed to prevent an economic catastrophe. To do this, they will need to go much further than the monetary steps announced by the US Federal Reserve and the Trump administration’s proposals for untargeted tax cuts and cash handouts thus far.

There is one possible policy response that could prevent the epidemic, even in the relatively virulent form experienced in Hubei, from fueling an economic catastrophe worse than the 2008 financial crisis. Governments in every major economy must guarantee unlimited compensation for lost revenues and wages to all businesses and workers affected by quarantines and lockdowns — if not the full 100%, then maybe 80% to 90%.

Ideally, this compensation would come through outright grants and fiscal transfers, but another option for larger businesses might be long-term zero-interest loans or loan guarantees. Luckily, this response is now feasible because of the way the 2008 crisis transformed the world economy and financial markets, offering governments unlimited financing with zero interest rates, low inflation, and tolerance for previously unthinkable monetary and fiscal experimentation.

To be clear, in the current situation, monetary policy won’t do anything to stimulate economic activity. Nor do policymakers want it to: more economic activity now would only aggravate the public health crisis. But 0% interest rates and huge liquidity injections are still necessary to prevent financial systems from collapsing.

Fiscal measures designed to support recovery should wait until the virus is under control. What governments can and should do now is reassure their citizens and businesses that they can stay at home and not worry about lost incomes, because the government will make up for the losses once the crisis is over.

Based on China’s experience, the fiscal cost of comprehensive compensation for lost income could easily come to 10% of annual GDP. And if the epidemic turns out to be worse than in China, which now looks likely, the fiscal cost could be as high as 25% of GDP. These may seem like mind-boggling numbers, but they can be financed in one or more of three ways.

First, every G20 country, with the possible exception of Italy, could easily increase its government debt-to-GDP ratio by 25 percentage points without raising any serious questions about solvency. And debt service costs would hardly rise at all if central banks committed to keeping short rates at zero for at least two years, and investors were forced by regulation and financial repression to match liabilities with long maturities.

There is a fundamental difference between a one-off fiscal transfer, however large, and fiscal stimulus through tax cuts or spending commitments that permanently increase annual deficits. A one-off transfer of 25% of GDP does less damage to long-term fiscal solvency than a tax cut of 1% or 2% of GDP or long-term spending commitments that change the fiscal structure for decades ahead.

Second, central banks could increase their quantitative easing programs to absorb the entire additional debt issuance. In short, the monetary base in every G7 economy could simply expand by 25% of GDP.

Lastly, compensation for businesses and workers could come directly from central banks through targeted drops of “helicopter” money.

Agreement among governments and central banks around the world on a single method would boost the credibility of the response. In practice, however, some combination of these three policies could be employed.

But should it? There are two objections to full government compensation: It could ultimately prove inflationary, and it would represent an unprecedented intervention by governments to bail out and subsidize businesses.

These are weak objections. Today, everyone wants higher inflation. While this might eventually ⁠— maybe by the second half of the decade ⁠— turn out to be a mistake, there will be plenty of time to switch to anti-inflationary policies between now and then.

Full compensation is far from unprecedented. Farmers are regularly compensated for agricultural disasters, such as mad cow disease, or even for plunging agricultural prices and trade wars. Regions and households suffering from floods, earthquakes, or wildfires are normally compensated through disaster relief or subsidized insurance.

And, since 2008, banks, insurance companies, and financial markets have received effective fiscal transfers in many countries amounting to far more than 25% of GDP. The difference in this case is that the disaster affects everyone, which, in principle, makes the case for compensation stronger. The only reason why governments around the world are still thinking in terms of loans and credit guarantees, instead of direct fiscal compensation, is that no special-interest lobby such as farmers or bankers is demanding targeted relief.

Anatole Kaletsky is chief economist and co-chairman of Gavekal Dragonomics. The article has been edited for length.