O’Neill: G-20 Should Spend Now On Antiviral and Antibiotic Treatments 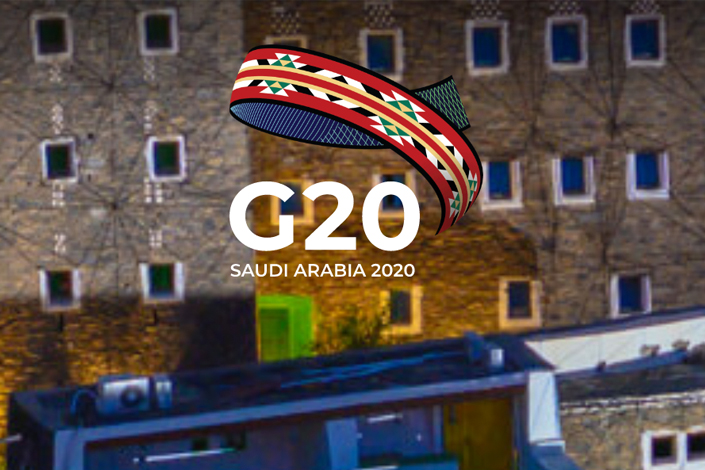 This week, G-20 leaders will convene virtually to discuss the Covid-19 crisis. One hopes that the emergency summit marks the beginning of a thoughtful collective response to this grave challenge. If so, the meeting may turn out to be even more consequential than the London summit hosted by British Prime Minister Gordon Brown in April 2009, which created the framework for a coordinated multilateral response to the global financial crisis.

Having chaired the United Kingdom’s global Review on Antimicrobial Resistance (AMR), I cannot help but think that the current crisis demands a similar undertaking to bring together infectious disease modeling, economic analysis, and evidence-based solutions. When our findings were published in 2016, we garnered a good deal of attention for highlighting both the potential loss of life and the economic costs of inaction in the face of AMR. By 2050, we warned, antibiotic-resistant microbes could take up to ten million lives per year, at a total cost of around $100 trillion in lost output between 2015 and 2050.

But we also showed that these horrendous outcomes could be prevented with a relatively meager investment of $42 billion, implying a return of around 2,000%. Now that the Covid-19 pandemic has rapidly accelerated the use of disinfectants, I shudder to think of a future in which we still have not taken the necessary steps to manage biological threats. If we run out of useful antibiotics, the time it will take to develop new ones will far exceed that expected for developing a Covid-19 vaccine.

G-20 policymakers thus have no choice: in addition to confronting today’s viral crisis, they also must tackle the looming bacterial one. On both counts, they can start by creating a market incentive reward program to promote serious efforts by pharmaceutical companies to develop new drugs. And now that we are suffering through a financial crisis in which many companies are depending on governments for their survival, it stands to reason that these prizes should be funded by the industry itself. Following the principle of “pay or play,” companies that make no effort to create critical treatments should be taxed to provide the pool of money for those that do.

In terms of the immediate Covid-19 challenge, we need investments to accelerate the development not just of a vaccine but also of therapeutic treatments and better diagnostics in the short term. According to public health specialists and scientists I have consulted, an immediate amount of around $10 billion from the G-20 would probably suffice to cover these three critical needs.

And critical they are. It is no coincidence that China and the other Asian countries that have managed to limit the severity of the crisis had many of the appropriate therapeutics, diagnostics, and containment protocols already in place, owing to their past experiences with similar outbreaks. Many other countries were far less prepared, and until they are, the pandemic could easily re-emerge.

But there is also a unique economic dynamic to this crisis: social distancing. As soon as governments around the world started following China in shutting down entire cities in order to minimize community transmission, an economic shock became inevitable. Judging by industrial production and other regular monthly data, the Chinese economy’s output declined by around 20% in February alone. Many other economies, including the G-7 countries, will almost certainly experience similar declines in March.

To prevent an even deeper economic crisis ⁠— not to mention social strife ⁠— these governments need to muster a dramatic and unconventional policy response. Already, many G-20 countries are pursuing versions of what I call “People’s QE” ⁠— direct cash disbursements to households ⁠— and the United States is close to adopting an unprecedented $2 trillion package of stimulus and bailout measures.

In the U.K., the new finance minister, Rishi Sunak, has drafted three new budgets in as many weeks in an effort to stay ahead of the crisis. In addition to guaranteeing £330 billion ($387 billion) in loans to keep businesses afloat, the government has also announced at least £39 billion in fiscal stimulus.

Now, if that £39 billion represents the price for three months of social distancing, and if policies of similar budgetary weight relative to GDP were adopted across the G-20, the total cost for the group would be in the vicinity of $1 trillion. But if this direct fiscal stimulus is not accompanied by Asian-style measures to deploy the best diagnostics and therapeutics, we will have to remain on lockdown much longer. If the isolation period stretches to a year, the implied costs would soar to the $4 trillion range.

Yes, that is a back-of-the-envelope figure. But considering that it doesn’t even account for the near-inevitable challenges to social cohesion in many countries, it probably represents an underestimate of the massive costs looming on the horizon.

That brings us back to our $10 billion figure. Given the risks, the G-20 will have no excuse if it fails to muster at least that amount for the immediate provision of Covid-19 diagnostics and treatments, and another $10 billion to kick-start the market for new antibiotics. These sums are peanuts, especially compared to the price of inaction, which could bankrupt us — if it doesn’t kill us first.