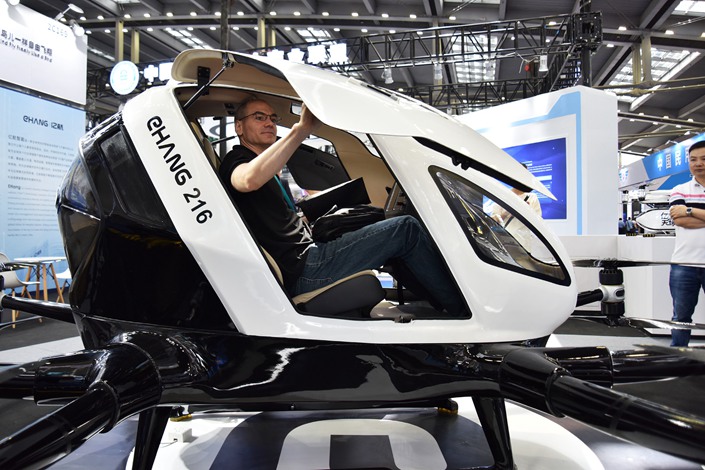 EHang, the Chinese maker of self-driving “air taxis,” reported strong revenue growth and a narrowing net loss in the fourth quarter of 2019 as sales of its aerial vehicles ballooned.

For the three months through December, the Nasdaq-listed company’s total revenues reached 54.7 million yuan ($7.9 million), more than four times higher than the amount it generated in the final quarter of 2018, according to an earnings report released Tuesday.

Net losses fell to 200,000 yuan from 30.7 million yuan over the same period the year before, the report said. Adjusted net income was 2.9 million yuan, compared with an adjusted net loss of 25.6 million yuan in the fourth quarter of 2018.

Nearly 70% of EHang’s total revenues came from sales of what the report calls “air mobility solutions,” which include aerial vehicles. The cars use “cluster management techniques centralized at a ground-based command-and-control center” to enable unmanned vehicles to travel safely and in an orderly manner, according to a company white paper released in January.

A 2018 Morgan Stanley blue paper estimated that the global urban air-mobility market could reach $1.5 trillion by 2040.

In 2019, EHang sold a total of 61 passenger-grade autonomous aerial vehicles, which are normally used for sightseeing, public transport, medical relief and logistics, according to the earnings report. The company only shifted three such vehicles in 2018.