Singapore to Close Most Workplaces, Schools to Move Online From Next Week 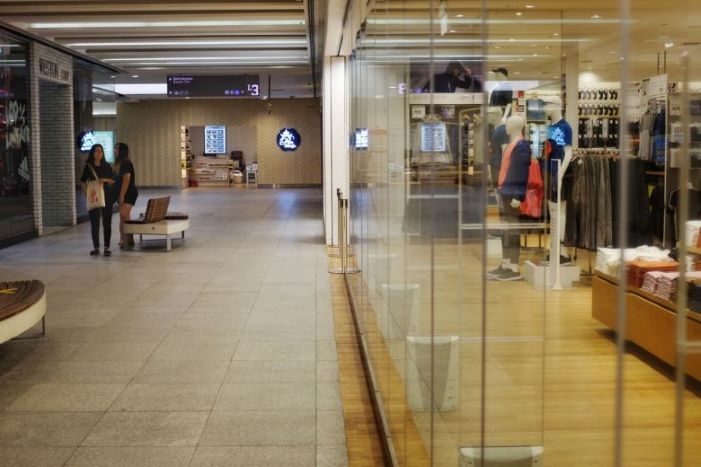 (The Straits Times) — Most Singapore workplaces will be closed from next Tuesday and all schools will move to full home-based learning a day later, as Singapore puts in place a "circuit breaker" to pre-empt escalating coronavirus infections, said Prime Minister Lee Hsien Loong.

Except for key economic sectors and essential services — such as food establishments, markets and supermarkets, clinics, hospitals, utilities, transport and key banking services — all other work premises will close, said Lee on Friday in an address to the nation on the Covid-19 situation.

Pre-school and student care services will also be closed, but would provide "limited services for children of parents who have to continue working", he said.

Explaining why the government decided to take such a step, the prime minister said Singapore has routinely seen more than 50 new cases daily over the past two weeks, despite best efforts of the authorities to curb the outbreak.

"Initially, many of the new cases were imported from overseas, mostly returning Singaporeans. Then last week, we began to have more local cases. Furthermore, despite our good contact tracing, for nearly half of these cases, we do not know where or from whom the person caught the virus," he said.

"This suggests that there are more people out there who are infected, but who have not been identified. And they may be passing the virus unknowingly to others," he said.

While the situation remains under control, the government has decided to "make a decisive move now, to pre-empt escalating infections", said Lee.

Lee said the government will also tighten restrictions on gatherings.

It boils down to three things, he noted.

"First, stay at home, as much as possible. Second, avoid socialising with others beyond your own household," he said, adding that people should avoid visiting even their extended families who are not staying with them, especially if they are elderly or vulnerable.

Third, people should go out only to do essential things — to buy food at markets, or to take out from restaurants and hawker centers, or to exercise in the neighbourhood park, keeping a safe distance from others, he added.

"The spirit of these measures is to get all of us to minimize physical contact," he said. "If we don't go out, if we avoid contact with others, then the virus won't be able to spread. It is as simple as that."

In a statement, the Health Ministry said the heightened safe distancing measures will be in place for four weeks — two incubation cycle — from April 7 until May 4.

"Entities that are able to comply immediately are strongly encouraged to do so. Current safe distancing measures on capacity limits and physical separation remain in force and must be strictly complied with, especially over the weekend," it said.

All attractions, theme parks, museums and casinos will be closed from Tuesday as well, the ministry said.

Sports and recreation facilities, such as public swimming pools, country clubs, gyms and fitness studios will also be shut, along with all recreational facilities in hotels.

Organised sporting programs and religious services will remain suspended as previously announced, while places of worship will also stay closed.

Singapore has been ramping up measures gradually to contain the Covid-19 outbreak, since the first confirmed case was announced here on Jan. 23.

Two weeks after the 66-year-old tourist from Wuhan tested positive — and with four of the 33 cases at that point found without any known links to travel of previous cases — the government raised its disease outbreak response level from code yellow to orange.

While Singapore raised its response level on Feb. 7, it would be more than a month before March 11, when the World Health Organization declared the coronavirus outbreak a pandemic.

Travel restrictions that began with a ban on short-term visitors from Wuhan were expanded to include a growing list of countries and cities as the outbreak worldwide worsened.

On March 18, the government announced that all travellers arriving in Singapore would be served with a stay home notice, requiring them to stay at home for 14 days upon arrival.

Less than a week later, starting 11.59 p.m. on March 23, this was escalated to become a complete ban on tourists coming into Singapore.

"Looking at the trend, I am worried that unless we take further steps, things will gradually get worse, or another big cluster may push things over the edge," he added.

After discussions with the multi-ministry task force, he said the government has decided to adopt stricter measures.

"We have decided that instead of tightening incrementally over the next few weeks, we should make a decisive move now, to pre-empt escalating infections. We will therefore impose significantly stricter measures. This is like a circuit breaker," he said.

"It will help reduce the risk of a big outbreak occurring, and it should also help to gradually bring our numbers down. This in turn will then allow us to relax some of the measures. This circuit breaker will apply for one month, in the first instance."

Measures to minimize the risk of local spread were similarly tightened in phases.

The elderly, considered a vulnerable group during the pandemic, was among the first targeted by precautions. Activities for seniors were suspended on March 10.

As Singapore started experiencing a second wave, driven by a spike in the number of imported cases, more venues were asked to suspend operations.

On March 24, entertainment venues like bars and cinemas were ordered shut and tuition classes were cancelled. Strict safety distancing precautions were also imposed on places like restaurants and malls that were allowed to stay open, including having patrons sit or queue at least 1 meter apart.

Workplaces were next to be targeted with the authorities strengthening laws to get employers to ensure staff members worked from home as far as possible.

Singapore had its first two deaths on March 21. To date, there are a total of 1,049 cases and five deaths. A total of 249 patients have recovered.