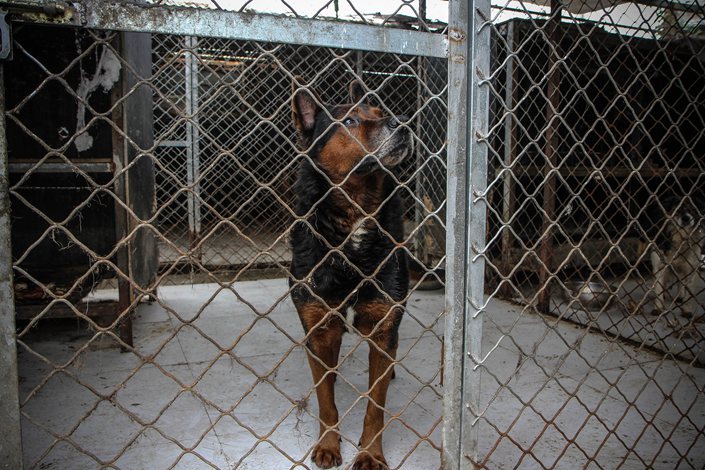 A stray dog at an animal rescue center in Beijing. Photo: IC Photo

(Bloomberg) — China signaled that it’s planning to officially ban the eating of dogs after the species was omitted from a list of animals approved for human consumption.

The Ministry of Agriculture published a draft version of the list on Wednesday, which lays out what animals will be allowed to be bred for meat, fur and medical use, and includes species such as deer, ostriches and foxes. The ministry is seeking public feedback on the draft list until May 8, it said.

In its statement, the ministry specifically noted the omission of dogs, saying that public concern about the issue and a growing awareness of animal protection had contributed to the species being left off. Cats were also omitted, though that was not specifically addressed by the ministry.

The eating of dogs has become an increasingly controversial issue in China as pet ownership has surged. It has been further brought to the fore by the coronavirus, which was first identified in patients linked to market in the city of Wuhan where non-traditional animals were sold for food.

Chinese authorities in February banned the sale of wild animals in response to suspicions that the virus had jumped to humans through a species at the Wuhan market. That ban caused confusion, however, because it lacked a clear classification of what animals the prohibition applied to. The list published by the agriculture ministry this week was intended to clarify that definition.