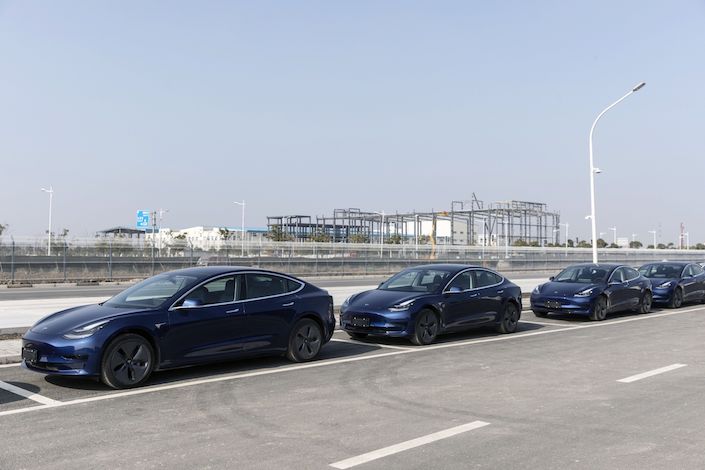 Tesla Inc.’s shipments in China jumped last month after the electric-car maker ramped up production at its Shanghai plant that was temporarily idled because of the coronavirus pandemic.

The figures suggest Tesla has been gaining traction at the new Shanghai facility, its first vehicle-assembly plant outside the U.S. Still, it’s unclear how many of those vehicles were sold to customers — the wholesale figures broadly reflect the number of cars leaving the factory.

A Tesla representative declined to comment on the company’s monthly figures in China.

Last week, Tesla reported better-than-expected global deliveries for the first quarter. But the carmaker produced over 14,000 more cars than it handed over to customers, meaning it built inventory. The company will have a chance to work through that stock of vehicles without its California assembly plant adding to it — the facility has been idled for several weeks amid San Francisco Bay area shelter-in-place orders.

Investors will get a better sense of Tesla’s sales in China later this month when registration figures are released. In February, Tesla registrations plunged 35% from January to 2,314 units, according to the state-backed China Automotive Information Net, which gathers industry data based on insurance purchases.