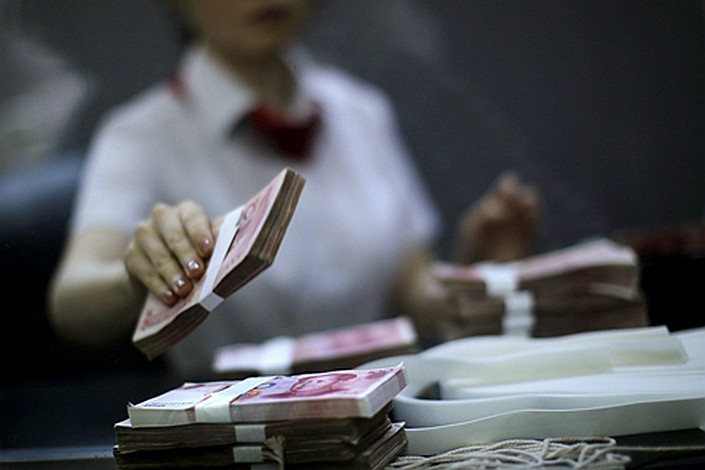 (Bloomberg) — China’s bank lending and credit provision hit records in March, substantially beating expectations and indicating that government and central bank efforts to boost support for the economy are having an effect.

Aggregate financing increased by 5.15 trillion yuan ($732 billion) last month, compared with a median estimate of 3.14 trillion yuan. That was a record for any month of comparable data back to 2017.

Financial institutions offered 2.85 trillion yuan ($405 billion) of new yuan loans in the month, topping a projected 1.8 trillion yuan. That was the highest figure for March since data began in 1992.

• China’s industry largely resumed production in March, though restarts in the services sector have been slower. The gradual recovery in the economy, combined with additional cheap funding and interest rate cuts by the People’s Bank of China (PBOC), most likely contributed to the expansion in credit.

• “The 5 trillion yuan rise in total social financing was a real surprise, supported by the bullish credit bond issuance,” said Xing Zhaopeng, an economist at Australia and New Zealand Banking Group in Shanghai. “Looking forward, the PBOC will continue to stay in an easing mode at the cost of higher debt-to-GDP ratio.”

The strong credit expansion shows the impact of forceful policy support as the economy began a recovery from the coronavirus hit.

“Still, the V-shaped recovery in the credit path does not mean that the economy will immediately recoup what’s likely to be an unprecedented contraction in 1Q as it rebounds,” said Chang Shu and David Qu at Bloomberg Economics. “Beyond China’s own domestic challenges, the global recession poses additional threat to the economy.”

“Macro leverage ratio should be allowed to rise to some extent in the current circumstances,” said Ruan Jianhong, director of PBOC’s statistics and analysis department, said at a press conference after the data was released. “Now we should view macro leverage ratio differently.”

• The PBOC’s interest rate cut on seven-day repurchase agreements in late March is “an important shift from targeted, mild relief in Q1 to more broad-based demand stimulus in Q2,” said Jian Chang, chief China economist at Barclays Plc in a report before the data was released.

• “China’s monetary policy transmission has been more effective than other countries’,” Sun Guofeng, the PBOC’s monetary policy department director, said at the same Friday press conference. The PBOC’s liquidity injections have generated about 3.5 times their size in loans, according to their calculation, compared with about 0.3 times in the U.S.