Opinion: A Country’s Culture is Fundamental to How it Fights Covid-19 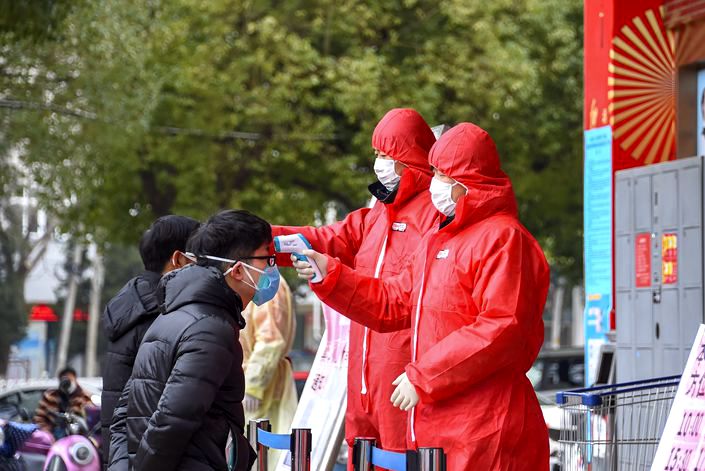 The narratives surrounding the state capacity, the state’s ability to compel its citizens and the state’s geopolitics are all clearly important in understanding China’s relative success in containing the spread of the coronavirus in this early stage of the global outbreak. However, they are not enough to explain the massive community response in what the WHO described as “perhaps the most ambitious, agile, and aggressive disease containment effort in history”.

During China’s two-month nationwide lockdown, there was little if any systemic panic buying or rioting. The degree of calmness, civility, and cooperation by the public has been nothing short of astonishing. Like South Korea and Singapore, cultural factors played a key role in China’s early success and the most important cultural factor at work is the strong family-state nexus.

This notion has its origin in the idea of “family-state isomorphism” ( jiaguo tonggou), which posits that the governance principles of a family and the state are the same. In the family, the patriarch ruled, and the most important value is filial piety. In imperial China, the patriarchal parallel in a state was the emperor as “Son

of Heaven” where the core value was loyalty to the ruler. This isomorphic, or corresponding, structure of the family and state with parallel values and practices were key in generating and maintaining social stability in imperial China.

Traditional Chinese teachings on the key relationships in the family and the state emphasizes mutual understanding and dependency of how responsibilities and obligations are shared among the members of the family and the state. However today notions of unquestioning submission to authority and loyalty to the rulers, which are incompatible with broad-based participation, the rule of law, and the notion of equality in a modern state, have been castigated by modern Chinese of all political stripes.

But projection of familial feelings and attachment towards the state has remained strong and the Chinese government has been successful in recent decades in tapping into this emotional bond in promoting patriotism in China. The new family-state nexus is captured in the oft-used term – family-state commitment ( jiaguo qing huai), which highlights the importance of a strong state for a prosperous family. In this construct, the government, while all powerful, is expected to take care of the people and defend them in times of crisis. Moreover, the state leadership is wholly responsible for the failures of society.

The strong family-state nexus with “we-are-in-this-together” sentiment reached its peak during the Covid-19 pandemic. As soon as the lockdown started in Wuhan and subsequently the rest of China, neighborhood committees (the lowest level of government in China’s urban areas), private residential management companies and villages swung into action, implementing rigorous tracking and monitoring systems and in some cases buying and delivering food, living supplies, and medication to people’s homes. Within weeks, no one could move around without being checked and tracked.

Other forms of civic engagement flourished, such as online crowd funding to support those in need and a surge in citizen journalism and online postings, which led to perhaps the most open and active public online discourse of all time in China, intense state censorship notwithstanding. The government has never been so closely observed, critiqued, praised, or at times, ridiculed, by the public. As a result, several hundreds of millions of people across China sustained the lockdowns with relative civility, cooperation, and good humor.

Four thousand miles away a look at the U.K.’s response, with a different culture, helps us understand how important these cultural factors are in how a country responds in fighting the virus. The U.K. started with a policy of “herd immunity”, but quickly changed to social distancing, and finally to lockdowns in metropolitan areas, all within weeks. Their total transparency in decision making was based on changing facts and behavioral science theories. The U.K. practice represents a stakeholder accountability model where the government provides full disclosure of the decision-making, risks entailed, and a cautionary statement on the likely success of the policy.

In contrast, the practices of paternalistic governments, such as China, are characterized by expert consultations behind the scenes, emergency decision making away from the public gaze with subsequent coordinated messaging, swift responses, and ongoing adjustments in response to the changing situation and popular sentiment.

Perhaps, an equivalent of the family-state nexus in Western countries is the vibrant civil society and tradition of volunteerism, which has its roots in people’s faiths and strongly held values such as civil rights, equality and community participation. The recent surge in volunteerism in the U.S. and U.K. in fighting the virus speaks to the vibrancy of civic engagement in these societies.

The paternalistic and stakeholder models each has its advantages and pitfalls. The paternalistic model threatens to impose one-size-fits-all measures at considerable human cost. The opaqueness regarding decision making can be counterproductive and self-destructive. The earlier missteps that happened in Hubei highlighted the pitfalls in the prevailing political culture of emphasizing stability over all else. Of course, the officials involved in the initial cover-up completely misjudged the importance of a pandemic to the very goal of stability they thought they were trying to uphold.

The stakeholder model wherein transparency is prized and privacy respected is reflective of the spirit of democracy and public participation in decision-making. But the effectiveness of its decision-making and implementation in times of crisis is questionable.

In conclusion, one must look beyond mere power politics to truly understand a complex society. Without looking at the values and beliefs that are core in the minds of the people, we cannot truly understand the deep psyche and profound motivations of people in those cultures. No modern governance system is flawless, and it is important that we learn from each other. Ideological bigotry on either side is ill-advised and even dangerous.

If you would like to write an opinion for Caixin Global, please send your ideas or finished opinions to: opinionen@caixin.com