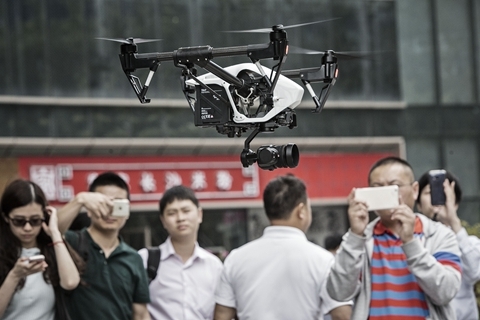 The world’s biggest commercial drone-maker SZ DJI Technology Co. Ltd. said it has no access to the data collected by the drones it sells to other countries, which are using them to fight the spread of Covid-19.

“We can’t get the data; this is not our business,” a company spokesman said Monday in response to questions by Caixin over a data security issue. “Some of our industry plans include data collection, but those (data) belong to our clients.”

DJI products have been widely used in several countries to assist governments in their efforts to keep people indoors and spray disinfectant, despite the concerns over data security that have been expressed by companies and officials in the U.S.

Last month Chile and Columbia both deployed DJI’s MG-1P agricultural drones to disinfect streets and neighborhoods, the company said on social media. The agricultural series of drones were also used to conduct mass disinfections in the Philippines, Dubai and Indonesia, as well as the virus-ravaged Spain.

Malaysia has used the company’s Mavic 2 drones as flying loud speakers to blast out messages for people to stay home. The drones were equipped with infrared thermography to help the detect whether people are gathering in public.