Japan Scrambles to Give Everyone $926 as Emergency Spreads 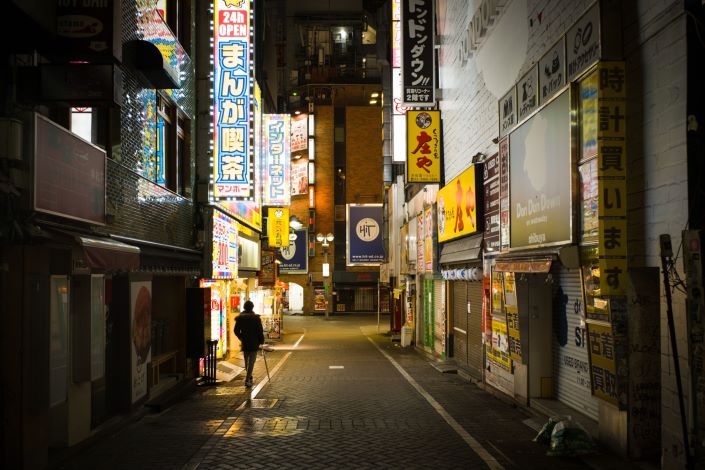 (Bloomberg) — Japanese Prime Minister Shinzo Abe’s sudden about-face on a cash handouts initiative indicates the government was no longer convinced the original plan was quick enough or big enough to support households as Japan ramps up its state of emergency.

Abe said Thursday the government was now looking to give 100,000 yen ($926) to everyone rather than targeting the needy in the wake of the coronavirus, a move that could triple the cost of the program. He also widened his emergency declaration to cover the entire country.

The Abe administration is still hammering out the details of the amended program but wants to ensure that the handouts are made as quickly as possible, Yoshihide Suga, the government’s top spokesman said Friday.

Japan is taking the step as its caseload of confirmed infections fast approaches the 10,000 mark. The country currently has 9,231 infections, and has reported 190 deaths from the disease, according to data compiled by Johns Hopkins.

Japan’s switch to a more expensive handout program despite its mountain of public debt is the latest sign that showing a whatever-it-takes response to the virus is sweeping aside concerns over controlling budgets around the world.

While some economists said the larger overall size of the package would give Japan’s economy more support and would initially deliver a stronger message of government action, others pointed out the lower yen-for-yen effectiveness of a blanket measure.

“The government should consider safety nets first, and originally they were planning to give bigger support to those who need help,” Keiji Kanda, senior economist at the Daiwa Institute of Research. “But it doesn’t matter any longer. It’s just giving away money.”

The original plan was to give 300,000 yen handouts to households that could prove a loss of income, a condition that could have slowed down distribution of cash and increased the risk of infection at administrative offices handling requests.

The shift in policy will likely require an extremely rare last-minute change to an extra budget. The government has already set out its extra funding plans for the current fiscal year to pay for the record 108.2 trillion yen economic stimulus package.

Under the current 17 trillion yen extra budget proposal, roughly 4 trillion yen was set aside to give cash to struggling households, according to the finance ministry. But 100,000 yen per citizen would amount to more than 12 trillion yen.

Chotaro Morita, chief rates strategist at SMBC Nikko Securities Inc., wrote in a note on Friday that the ongoing crisis could require a second extra budget and a further adjustment of its debt issuance plans.

Abe’s public support has dropped, with recent polls showing voters think his initial emergency declaration should have been made earlier and wider. A poll published by the Yomiuri on April 14 showed support for his cabinet fell 6 percentage points to 42%, in one of a series of surveys that show more people disapprove of his government than approve.

“They had no choice but to stage a major change with support falling,” Nihon University professor Tomoaki Iwai said. “There’s no question the administration went astray, and as a result things are getting delayed. It’s certainly a setback for Abe.”

Hindering the process of getting the handouts delivered is Japan’s old-fashioned approach to keeping government records. Efforts to streamline Japan’s system for taxation, social programs and other services with an individual identification number have had only a limited impact. A universal cash handout free of income criteria would likely expedite distribution.

Abe, the nation’s longest-serving premier, has called the current crisis the biggest economic challenge since the end of the second world war. Some analysts see the economy shrinking at an annualized pace of more than 20% this quarter under the weight of the virus.