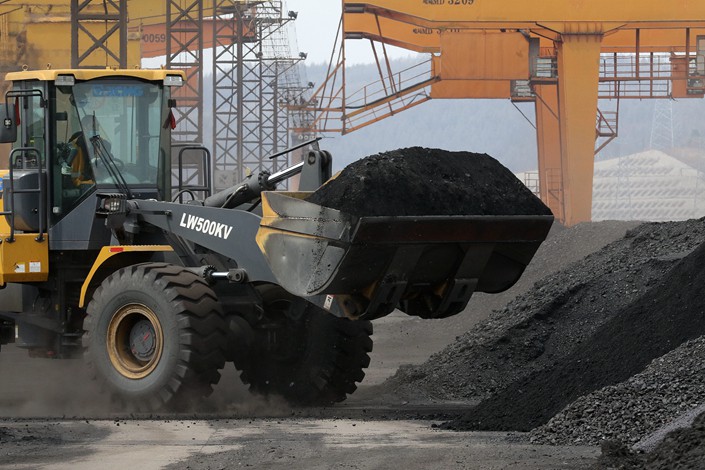 Coal is transported at a railway freight yard in Suifenhe, Heilongjiang province, on April 19.

(Bloomberg) — A dozen Chinese anthracite coal miners have called on the industry to slash production by 10% from current levels amid weak demand caused by the coronavirus outbreak.

While anthracite coal output is now back at last year’s levels, demand recovery has lagged, leading to a “severe mismatch” in market fundamentals, according to a statement published Saturday on the website of the China Coal Transport & Distribution Association.

Coal producers should limit output, focus on reducing inventory and eliminate outdated capacity to resolve the supply-demand imbalance, the 12 companies said. They should also cease price discounts and other sales promotion methods so that “reasonable” profit margins can be maintained, according to the statement.

China’s coal production jumped to a record in March amid government orders to ensure sufficient energy supply during its fight against the outbreak, data released Friday by the statistics bureau show. The glut triggered a slump in domestic thermal coal prices to the lowest since 2016.

CCTD, the nation’s leading industry group, has also called on coking coal firms to conduct similar production cuts in May to bolster prices, according to a separate statement. It will appeal to the government to restrict imports.

Coal comes in different qualities. Anthracite, considered the highest rank of coal, is mainly used as a domestic fuel and burns cleanly with little soot. Coking coal is an ingredient in steel-making. China mines and burns about half the world’s coal.