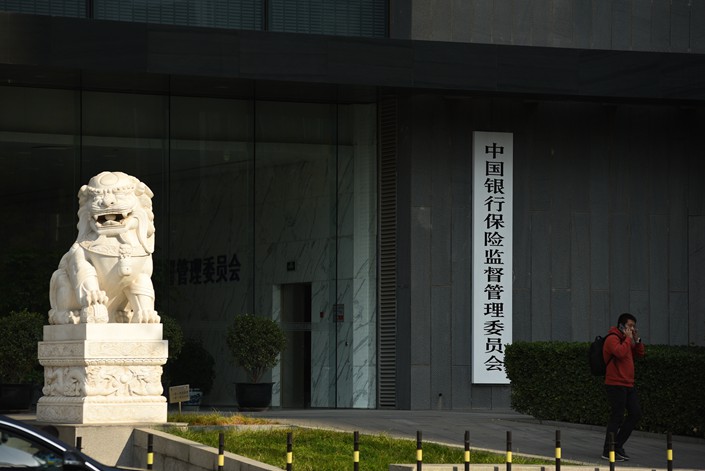 Beijing headquarters of the China Banking and Insurance Regulatory Commission

(Bloomberg) — Bad debt at Chinese banks climbed in the first quarter after the coronavirus outbreak brought the world’s second-largest economy to a standstill.

The non-performing loan ratio rose to 2.04% at the end of March, up 0.06 percentage point from December, the China Banking and Insurance Regulatory Commission said at a press briefing in Beijing on Wednesday. That comes even as lenders agreed to delay 880 billion yuan ($124 billion) in repayments on loans to smaller businesses and rolled over 576.8 billion yuan of debt in the period, according to the regulator.

Chinese banks, led by Industrial & Commercial Bank of China Ltd., are bracing for an unprecedented drop in profits this year as they grapple with the fallout of Covid-19. Lenders in the world’s most populous nation face additional credit costs of almost 1.6 trillion yuan, S&P Global forecast earlier this month, warning the sharp increase would pressure their profitability and capital strength.

The strain comes as regulators have allowed banks to take a more lenient approach to classifying bad loans in a bid to support lending and keep the economy afloat. The government is pushing banks to advance more credit to bail out small businesses, which were among the hardest hit by the lockdown.

The industry NPL ratio will continue to climb in the second quarter, but overall risks are under control, according to Xiao Yuanqi, chief risk officer at CBIRC. Meanwhile, the banking regulator said it has drafted plans to restructure some medium and small-sized banks, mostly with market-oriented measures.

About 7.1 trillion yuan of new loans were handed out in the first three months of the year, up by more than 20% from a year earlier, official data show. On Tuesday, the State Council announced plans to lower the bad-loan coverage ratio for mid-sized and small banks by 20 percentage points in phases, unleashing additional credit to support small and micro-sized businesses.

The nation’s insurance companies are also under stress. Growth in insurance premiums plunged 13 percentage points in the quarter, rising just 2.3% from a year earlier. Credit insurance claims jumped 50%, according to the CBIRC.