By Domenico Lombardi and Jim O'Neill 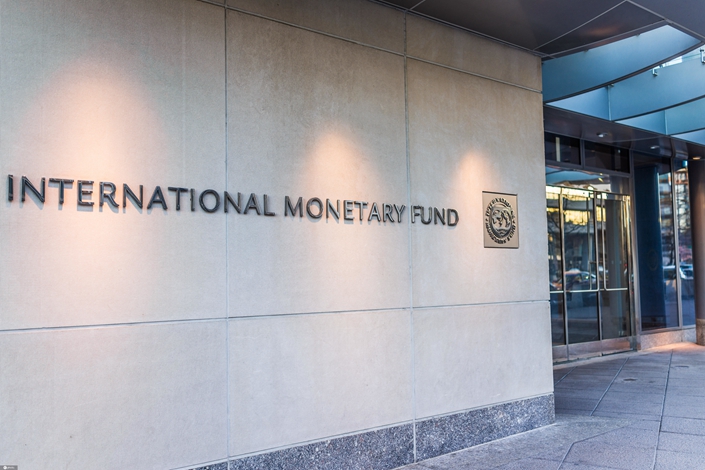 Owing to the Covid-19 pandemic, the International Monetary Fund estimates that, between now and the end of 2021, global GDP will suffer a cumulative loss of more than $9 trillion — a figure greater than the size of the Japanese and German economies combined. While the ultimate solution to the crisis will depend on the development and widespread deployment of diagnostics, treatments, and eventually a vaccine, there has also been a proliferation of proposals for containing the pandemic’s economic fallout.

With governments intervening on a massive scale, debt is expected to rise to unprecedented levels in some countries. Italy’s debt-to-GDP ratio, for example, is projected to increase by at least 20 percentage points, to over 155%, by the end of the year. Along similar lines, other countries severely hit by the pandemic, like France and Spain, will also experience a sizable spike in their debt-to-GDP ratios. And many developing countries will find themselves in an even worse situation as their access to international capital markets becomes more constrained. With limited reserves in international currencies, they will be less able to purchase goods and services, including life-saving medical supplies.

Accordingly, the global debate has shifted toward proposals to create or mobilize new resources. Some commentators have called for an issuance of the IMF’s reserve asset, Special Drawing Rights (SDRs), in order to ensure international liquidity. To that end, the Financial Times suggests that at least $1.37 trillion worth of SDRs would be appropriate. As high as that number may sound, it is actually rather small compared to the unconventional measures enacted by the U.S. Federal Reserve and the European Central Bank in recent weeks, not to mention the asset purchases made by all G-7 central banks in March alone.

SDRs represent a potential claim on the IMF’s usable currencies and are allocated to sovereign member countries through their fiscal agents — typically, national central banks — in proportion to their respective shares (or “quotas”) in the institution’s capital base. With 3.17% of the IMF’s capital base, Italy would be eligible to receive $43 billion from a $1.37 trillion issue. For context, that figure is higher than the resource envelope that the European Stability Mechanism (ESM) would be lending to Italy through a formal rescue program.

Contrary to what was expected at their inception in 1969, SDRs have played a very limited role in the international monetary system. All told, SDRs have been used only four times, most recently in response to the 2008 financial crisis, when the IMF issued approximately $250 billion worth. As a result, SDRs in recent years have accounted for no more than 3% of world non-gold monetary reserves.

There is some uncertainty about how a new issue of SDRs would be used to mobilize additional finance and narrow the widening funding gap generated by the pandemic. We propose a simple scheme in which a country would stow its allocation as “equity” in an emergency vehicle, thereby avoiding the need to accrue higher net liabilities on its treasury’s balance sheet. Through the “equity” conferred to the vehicle, the sovereign borrower (the Italian government, in our example) would then attract further capital through bond issuances.

Assuming a very conservative financial leverage ratio of one-to-five, this would increase Italy’s overall financial capacity from $43 billion to $215 billion — a figure that is close to the entire lending capacity earmarked to the ESM for fighting the pandemic. Moreover, this additional capacity would be unencumbered by the typical forms of conditionality that multilateral lenders impose on borrowing countries.

To be sure, in the current climate of uncertainty, investors may be hesitant to subscribe to the vehicle’s issuance. But in the case of a pandemic-devastated country like Italy, the ECB could potentially step in to purchase some non-negligible portion of the bonds.

Eurozone countries could pool their “equities” by setting up a joint vehicle. This would translate into a higher rating and lower cost for the issuance, while facilitating any ECB intervention in purchasing the bonds.

Other reserve-strong countries, such as the United States or China, could spend part of their own SDR allocations on the remaining lot. In effect, these countries would be exchanging SDRs for euros, thus creating an open position in SDRs on which they would be charged indefinitely at current money market rates, which are practically nil. Better yet, these countries would actually benefit from the interest rate accruing to the bond. Hence, an investment in solidarity would yield positive returns from a non-negligible interest-rate differential.

A similar mechanism would also work in the case of a pandemic-hit developing country, whose donors would step in to subscribe to a bond issue through the emergency vehicle. Again, the resources employed to purchase these bonds would be additional for any creditor or donor country, because they would come from the SDR allocation itself. (In other words, such resources would not be generated through taxes levied on the citizens of any creditor or donor countries.)

To be sure, any SDR allocation would require the support of at least 85% of the IMF’s membership, which means that the U.S., with its 17.45% quota, would wield veto power. But there is no good reason why the U.S. would want to use it. The pandemic is generating an unprecedented contraction in the global economy, not to mention its immense costs in human lives. And besides, our proposed method of deploying SDRs would not require U.S. taxpayer money, nor would it pose a challenge to the international status of the dollar.

A stable and healthy global economy is in the U.S. national interest. And in an election year, it is particularly in the interest of a certain incumbent leader.