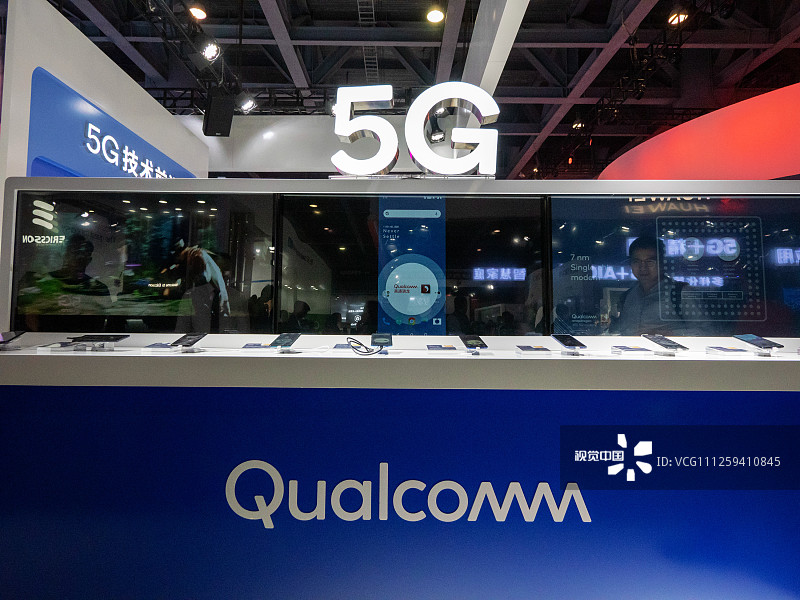 (Bloomberg) — Qualcomm Inc. gave a solid sales forecast for the current quarter and said demand is close to returning to normal levels in the biggest market for smartphones — China.

Revenue will be $4.4 billion to $5.2 billion in the period ending in June, the San Diego-based company said Wednesday in a statement. Analysts, on average, estimated $4.77 billion, according to data compiled by Bloomberg. Profit, excluding some items, will be 60 cents to 80 cents a share, the company said.

“You’re going to see improvements coming out of June, if China is any model,” Chief Executive Officer Steve Mollenkopf said in an interview. In China, smartphone demand is “very close to the level it would be normally but the mix of 5G is better than we expected.”

Investors are looking to Qualcomm’s projections for an indication of how quickly China, the world’s most populous nation, can get back on its feet after locking down much of the country earlier this year. The signs from China may provide clues for how the European and North American markets for phones will emerge from those regions' efforts to stop the spread of the Covid-19 pandemic.

Sales in the world’s largest market for those phones plummeted an unprecedented 22% during the quarter after the Covid-19 outbreak forced brands to shut stores and created nationwide supply bottlenecks, according to Counterpoint Research. Mollenkopf said the supply issue has largely been fixed and future sales will depend on consumer spending levels.

Shares rose about 3% in extended trading after closing at $78.97 in New York. Qualcomm’s stock has dropped 10% this year.

Qualcomm said fiscal second-quarter revenue increased 4.7% to $5.2 billion, landing in the middle of the company’s earlier forecast and topping estimates. Net income fell to $468 million, or 41 cents a share, from $663 million, or 55 cents, a year earlier. Excluding certain items, profit was 88 cents, compared with Wall Street’s average estimate of 78 cents.

The company has tied its success to the roll out of fifth-generation, or 5G, networks. The promise of a leap forward in data speeds has prompted many consumers to hang on to existing handsets longer and wait for the improvements. The chipmaker has cautioned demand for 5G phones won’t kick in until the second half of the year.

Spending on the build out of the new networks is strong in China and has been maintained in North America, Mollenkopf said. In some parts of Europe it has been slowed by efforts to fight the virus. Still, the company is maintaining its annual prediction of from 175 million to 225 million 5G phone shipments. Those handsets require more expensive Qualcomm chips.

Qualcomm is the largest maker of the processors and modems that are the main components in smartphones. It has repaired a once-fractured relationship with Apple Inc. and will be returning to a role in the iPhone models likely debuting later this year. The company, however, has lost share in China as Huawei Technologies Co., the No. 2 maker of smartphones globally, has focused on its home market and built devices with its own chips.

The company gets the bulk of its profit from licensing patents that cover the fundamentals of modern phone systems. Qualcomm charges a percentage of the selling price of each handset, payable by phone makers regardless of whether they use its chips. The company generates the majority of its revenue from processors and modems, which convert radio signals into data and voice.

Qualcomm is emerging from years of legal disputes and regulatory proceedings that threatened its licensing model. It still has to reach an agreement in a patent-fee standoff with Huawei and is seeking to overturn a sweeping U.S. antitrust decision against the company.

Previously, Qualcomm disclosed in a filing that it received a request for information on Dec. 3 from the European Commission, which is investigating whether the company engaged in anticompetitive behavior by exploiting its position in baseband processors to gain an advantage in the 5G radio-frequency chip market.