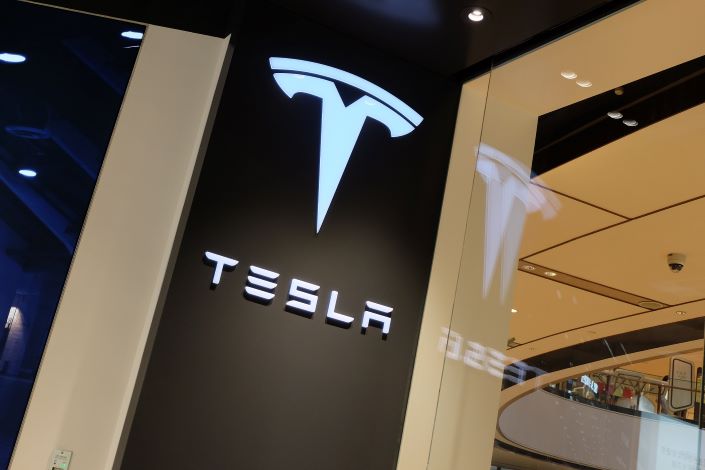 U.S. electric carmaker Tesla will cut the price of its China-made standard range Model 3 sedan to less than 300,000 yuan ($42,000). The new price means it will come under a threshold point set by the Chinese government to be eligible for subsidies for new energy vehicles.

The announcement comes a week after China’s finance ministry said that it will extend subsides for new energy vehicles for two years but will only apply the new policy to passenger cars costing less than 300,000 yuan.

In a brief post published on the microblogging site Weibo on Thursday, Tesla said that the price cut will “enable more Chinese consumers to access Tesla products with better cost performance” and will help it “meet China’s eligibility requirements for new energy vehicle subsidies."

The new price will be officially announced on May 1 on its website, said the American automaker, which currently sells the Chinese built standard range Model 3 sedan for 323,800 yuan before subsidies.

This marks the second time this year that Tesla has slashed the price for its standard range Model 3 sedan in China. The first price cut, which made the car model 9% cheaper, happened shortly before Tesla delivered the first batch of its China-made Model 3 electric cars in January.

Tesla chief financial officer Zachary Kirkhorn said in an earnings call on Thursday that the cost of the Shanghai-made Model 3 sedan in the first quarter is already lower than that produced in the U.S. and that profits should increase as the company ushers in more local suppliers in China.